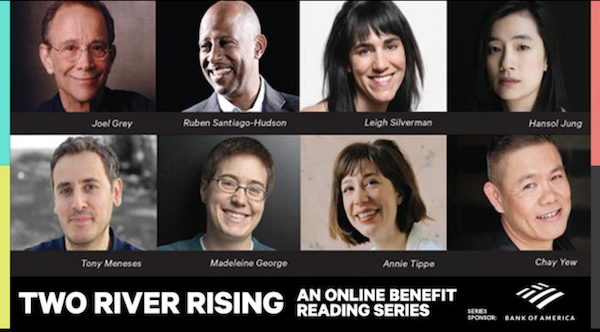 Two River Theater hosts a series of benefit play readings. The selected readings reflect the past, present and future of the theater’s diverse range of programming, including reimagined classics and world premieres by the industry’s most adventurous theater artists.

Online benefit event tickets are $25 per reading or $100 for the series of five, and include access to live post-reading Q&As with the artists involved, hosted on Zoom. Sponsorships start at $1,000, and include additional benefits such as an invitation to a private virtual event with reading artists.

All donations made to Two River Theater in support of the series will be matched by a generous donor to benefit The Actors Fund, The Audre Lorde Project, The New Jersey Alliance for Immigrant Justice and The Ruben Santiago-Hudson Fine Arts Learning Center. All artists will be paid for their involvement in the series.