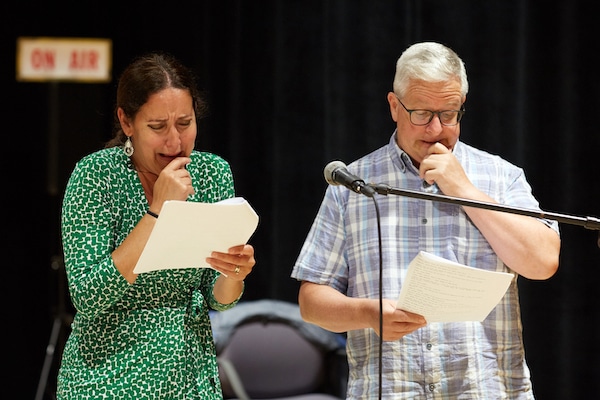 “Roadside” is based on a 1930 play by Lynn Riggs, who a year later wrote “Green Grow the Lilacs,” which Rodgers & Hammerstein turned into “Oklahoma!”

Roadside is an imaginative and richly humorous play dealing with a girl in a covered wagon who falls in love with a tall-talking, hell-shooting man of the West. Result: hilarious conflict between these free spirits and the forces of “law and order.”

Classic Radio Road Show has produced over 40 radio plays in the past four years for staged live readings at various locations around central New Jersey, including the Two River Theater and Middletown Arts Center. Because of the pandemic, the shows are now being produced in a recording studio and presented via Zoom.

The presentations are free, although patrons are encouraged to make tax-free donations.