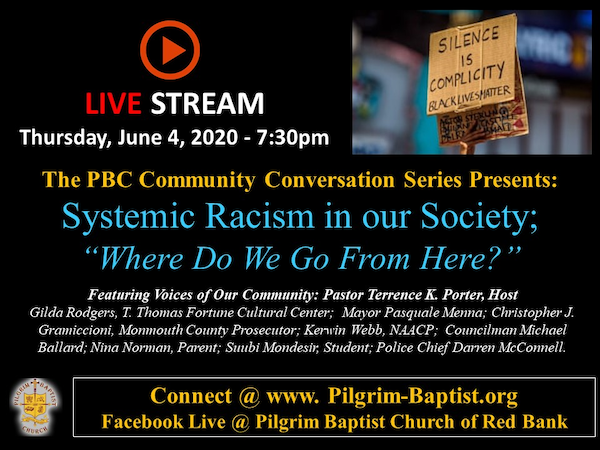 Pilgrim Baptist Church in Red Bank will host an online discussion of systemic racism in America.

According to Pilgrim’s Pastor Terrence Porter, the event is an opportunity “to take inventory of the every day realities of being Black in America. It would seem the rise of white nationalism that is being flamed by the national rhetoric of divisiveness is only exposing what we have lived with in our society.  The recent deaths of Ahmaud Arbery (while jogging) and George Floyd (while being detained) should pain every American.”

The forum, to be run on the church’s Facebook page, is slated to include Mayor Pasquale Menna, Monmouth County Prosecutor Christopher Gramiccioni and other speakers.