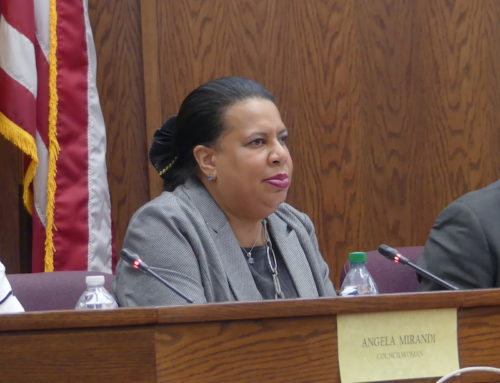 Councilwoman Jacqueline Sturdivant at the council’s May 25 meeting. (Photo by John T. Ward. Click to enlarge.)

The first-term council member and Democrat dropped her bid after a challenge by the Monmouth County Democratic organization said it identified 29 ineligible signatories to her petition to run in the November election – as an independent.

END_OF_DOCUMENT_TOKEN_TO_BE_REPLACED 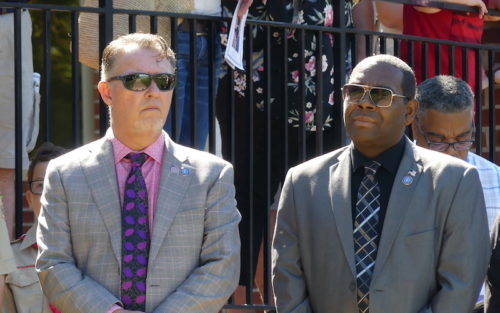 The move, announced in a blistering press release, bares yet another rift between the county and municipal arms of the party that has dominated Red Bank politics for three decades.

END_OF_DOCUMENT_TOKEN_TO_BE_REPLACED 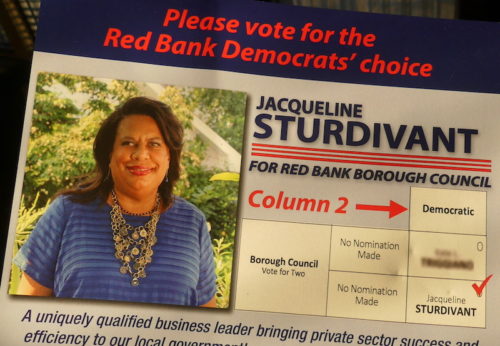 Zipprich, also a council member, responded with accusations of his own against Brown and Triggiano, with whom he has sparred for more than year.