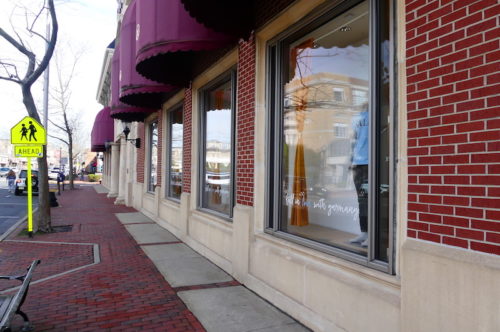 END_OF_DOCUMENT_TOKEN_TO_BE_REPLACED

Red Bank property owners could face a 5.6-percent increase on their borough school tax bills, according to a report in Tuesday’s Asbury Park Press.

A proposed $22.8 million budget for the 2013-2014 school year,  introduced Monday night, calls for a 5.64-percent increase that board of education members blamed on soaring insurance costs and a five percent increase in the student population, the newspaper reported.

END_OF_DOCUMENT_TOKEN_TO_BE_REPLACED END_OF_DOCUMENT_TOKEN_TO_BE_REPLACED

SNOW GETS SOME BLAME FOR TAX HIKE A borough plow stuck in the snow on Mechanic Street on December 27. The cost of the storm is about to sock Red Bank property owners. (Click to enlarge)

Blame the usual culprits of climbing health insurance and pension costs. Add in a steep increase in refunds for tax appeals. But don’t forget the snow.

Yes, the bill for the blizzard of December 26 & 27, which paralyzed the region for days afterward, has come due.

END_OF_DOCUMENT_TOKEN_TO_BE_REPLACED

Visit msnbc.com for Breaking News, World News, and News about the Economy

The ugly spectacle of hecklers shouting down a woman in a wheelchair in Red Bank last week is getting national play.

“If somebody were to parody the truly ugly behavior at some of these healthcare town halls, it might read like this,” Olbermann says in setting up the video.

END_OF_DOCUMENT_TOKEN_TO_BE_REPLACED

ONE MORE FROM THE SHOUTFEST

Brian Donohue of Ledger Live weighs in on what went down at the Red Bank Middle School Tuesday at Congressman Frank Pallone Jr.’s town hall on federal health insurance.

If you missed it, here’s the redbankgreen article. With the auditorium inside already packed, a crowd of more than 1,000 people snaked around the front yard of the Red Bank Middle School awaiting its turn inside. Three consecutive seatings were required to accommodate the turnout, with the final session beginning at around 10:30p.

Some came to yell ‘Get a job’ at their congressman. One came to ask him if he was a communist. Another spent $14 on a cab ride from Middletown to declare her own candidacy for his seat, on the platform of “if everybody gave up meat and chicken, people wouldn’t get sick.”

In the aggregate, most of the 1,300 people who swamped Tuesday night’s forum on a proposed federal health insurance plan came to vent their anger over the plan’s expense and expected impact on their continued access to quality medical services.

Through it all, sixth-district Rep. Frank Pallone Jr., a Democrat, stood his ground on the auditorium stage at the Red Bank Middle School, unwavering in his defense of the plan.

“I don’t believe that the majority are opposed to this,” he said, speaking of his own constituents, prompting one of many cascades of boos heard over the course of three seatings. Attendees pro and con on health insurance reform tried to out-sing each other on ‘God Bless America’ prior to the start of the second session.
END_OF_DOCUMENT_TOKEN_TO_BE_REPLACED

Red Bank resident Krishna Tyler, on behalf of the vacationing GOP council candidate Kim Senkeleski, is circulating an email calling on recipients to contact Pallone’s office to ask for a change of locale.
END_OF_DOCUMENT_TOKEN_TO_BE_REPLACED