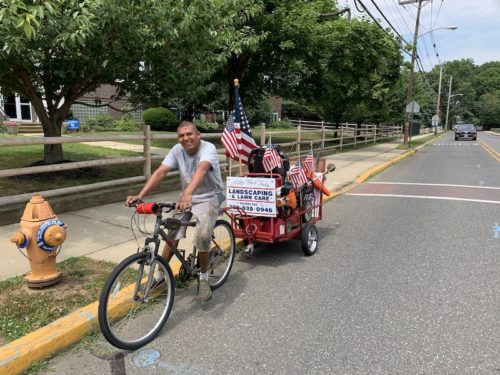 Ricardo Paz, a Red Bank landscaper who hauls his equipment around in a trailer attached to his bike, needs a new set of wheels. So friends have set up a Go Fund Me account to help him buy one.

The fire, at a vacant building formerly used by a landscaping company, broke out in the basement, officials said. (Click to enlarge)

The unidentified firefighter, one of more than 50 from four towns who responded to the 4:30 p.m. alarm, was treated on the scene for a leg injury, Fire Chief Andrew Smith told the Press.