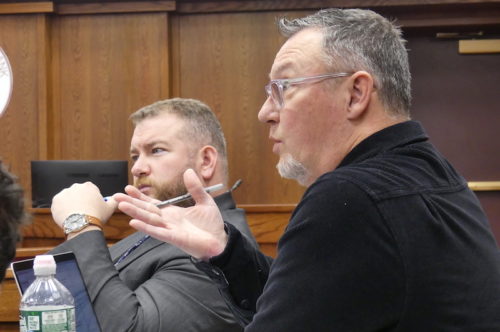 Red Bank Councilman Ed Zipprich has been “exonerated” after a two-year “smear campaign” meant to “dehumanize” him, he said in a statement to redbankgreen Thursday.

Zipprich’s statement came in response to special attorney’s finding that he did not “interfere” in the award of a trash collection contract two years ago.

END_OF_DOCUMENT_TOKEN_TO_BE_REPLACED 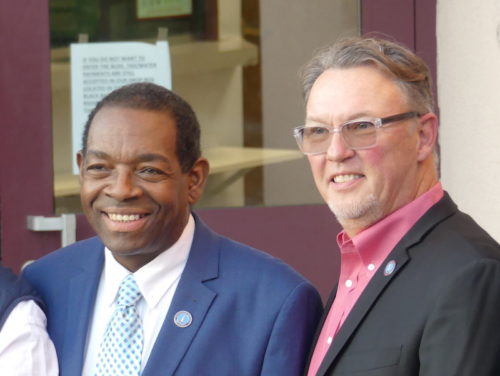 Red Bank Councilman Ed Zipprich did not “interfere” in the award of a trash collection contract two years ago, according to an unreleased report obtained by redbankgreen.

Special attorney Scott Salmon’s report also says “there is evidence to suggest” that former business administrator Ziad Shehady was the the anonymous source of internal emails about Zipprich that were leaked to redbankgreen.

END_OF_DOCUMENT_TOKEN_TO_BE_REPLACED For the 10th year in a row, Red Bank borough government department heads are scheduled to offer presentations on their 2016 budget proposals at a public information session scheduled for Wednesday, May 18 at at borough hall.

END_OF_DOCUMENT_TOKEN_TO_BE_REPLACED

A proposal to extend meter enforcement hours appeared to get no traction Wednesday night. (Photo by John T. Ward. Click to enlarge)

The Red Bank council postponed the introduction of the first majority-Republican budget in a generation Wednesday.

Councilwoman Linda Schwabenbauer, who’s heading up the budget-writing finance committee, said she wanted more time to hear suggestions from residents and business owners on how to reduce a prospective tax increase.

But one of Schwabenbauer’s own suggestions — increasing the number of hours for which metered parking is in effect — appeared to be a non-starter.

END_OF_DOCUMENT_TOKEN_TO_BE_REPLACED Councilwoman Linda Schwabenbauer, who heads the finance committee, says there’s been a “severe” drop in revenue from last year along with an increase in expenses. (Photo by John T. Ward. Click to enlarge)

The first majority-Republican Red Bank budget in a generation is set to make its debut this week, and it comes with a likely tax hike.

While officials are hopeful they can trim the increase, the draft budget shows a 5.5-percent jump in the municipal levy, or roughly $115 a year for the owner of a residential property assessed at the average $354,497, Councilwoman Linda Schwabenbauer tells redbankgreen.

One way to soften the impact, she said, is to extend the hours for which parking fees are collected.

END_OF_DOCUMENT_TOKEN_TO_BE_REPLACED

Red Bank property owners will have until August 25 to pay their third-quarter tax bills without incurring a penalty, under a resolution past by the borough council Wednesday night.

The grace period usually ends on the 10th day of the month quarterly taxes are due. But because the tax rate for the new budget year was not certified by Monmouth County until July 17, bills won’t be mailed until July 31 – and the law requires a 25-day payment period, according to tax collector Ashlesha Deshplande. Still, for those who pay later than August 25, the interest applies to the full 25-day interim, she cautioned. (Photo by John T. Ward. Click to enlarge)

Red Bank property owners won’t be getting a 3.1-percent local property tax for 2015, as previously expected.

In fact, there will be no increase at all under a municipal budget adopted by the borough council Wednesday night.

END_OF_DOCUMENT_TOKEN_TO_BE_REPLACED

LITTLE SILVER TAXES ON THE RISE A year after declining, taxes are about to rise in Little Silver.

The borough council introduced its 2011 budget Monday, a $10.1 million spending plan that will boost the tax rate 2.6 percent, or 1.3 cents per $100 of assessed property value. At 51.1 cents, that equates to a $65 annual increase for a home assessed at the town average $500,000, said Chief Financial Officer Laura Geraghty.