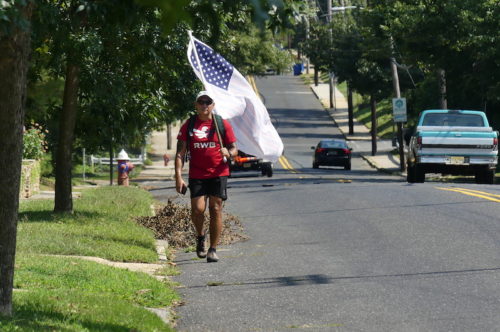 Red Bank resident Mark Otto nears the end of an 11-mile hike from Mount Mitchill in Atlantic Highlands Wednesday morning while carrying an American flag bearing the names of all those who died in the terror attacks of September 11, 2001.

END_OF_DOCUMENT_TOKEN_TO_BE_REPLACED North, south, east, west: every Thursday (this being the 215th) Where Have I Seen This? showcases a detail of the world surrounding us.

Today is no exception, as we present an outdoor feature waiting to be discovered. If you can identify its location, please drop us a line with the words Where Have I Seen This in the subject line.