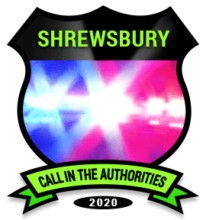 A Shrewsbury man admitted he sexually assaulted seven juveniles in Red Bank and two other towns over the course of a decade, Monmouth County Prosecutor Christopher J. Gramiccioni said in an announcement Tuesday.

END_OF_DOCUMENT_TOKEN_TO_BE_REPLACED

Red Bank Catholic’s Aaron Ahn launched a walk-off home run to left to give the Caseys a 4-3 win against Wall Township at at Count Basie Field Thursday. Shore Sports Zone has the highlights and post-game. (Video courtesy of Shore Sports Zone.)

High school basketball returned to the Greater Red Bank Green Friday night with Red Bank Regional grabbing a win in its season-opener on the road in Wall Township.

Meanwhile, over in Rumson, the Rumson-Fair Haven Lady Bulldogs dropped one to Manasquan, and their male counterparts lost to the Manasaquan boys on the road as R-FH scoring star Brendan Barry sat out the game with an injury.

Shore Sports Zone has the video highlights of all three games here.

After four years of waiting for a home victory under the lights, fans of Red Bank Regional’s varsity football team had their patience rewarded Friday night as the Bucs beat Wall, 21-14, in a game that went down to the final play. Rich Chrampanis of Shore Sports Zone, a new video-based local sports website, has the highlights, including some stellar play by RBR’s Alim Godsey.

Take it to Shore Sports Zone for the big picture as Chrampanis and Company bring you live scores from Saturday’s games.

Looking for its 34th straight Shore Conference win, the Red Bank Catholic football team traveled to Wall Friday and came away with a smashing 55-6 victory. Quarterback Eddie Hahn shone, with three TD runs and another in the form of a pass.

The Caseys return to their home turf at Count Basie Field next week to face Long Branch in the first of six straight Friday night home games.

RBC v. Wall is one of three matchups spotlighted in a Friday-night recap by Rich Chrampanis of Shore Sports Zone, a new video-based local sports website. Take it there for the big picture.