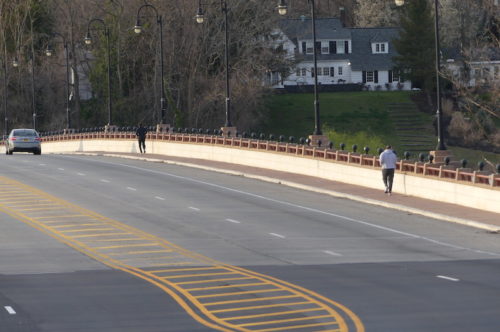 Contrary to an anti-COVID-19 directive by Governor Phil Murphy, Monmouth County officials said Wednesday that they are “starting to see” signs of non-residents relocating to vacation homes.

They also issued an appeal for medical supplies to help protect front-line testers and healthcare providers.

“We are starting to see numerous people coming down to their shore homes,” said Freeholder Director Tom Arnone, speaking at a press briefing at the county police academy in Freehold. “That’s a concern.”

In announcing an unprecedented and wide-ranging lockdown order Saturday, Murphy asked owners of second homes at the shore to stay away, because local health infrastructure may not be able to handle additional coronavirus patients.

Arnone did not provide additional information about the county government’s observation.

To those who do come in from out of state, Arnone said: “There’s a 14-day quarantine we hope you respect.”

As of Tuesday, the virus was reported to have killed or contributed to the deaths of 44 New Jersey residents, with 3,675 more testing positive, according to state officials.

Tuesday night, the Monmouth County Freeholders put the county’s case total at 307, including 10 in Fair Haven, 12 in Little Silver and five in Red Bank. No update was provided at the press conference.

Sheriff Shaun Golden appealed to businesses and individuals who have personal protective equipment and other healthcare items in short supply to donate them at a dropoff center at Thompson Park in Lincroft, which will be open daily from 9 a.m. to 4 p.m.

“As a former emergency room nurse, I know how important that gear is,” Freeholder Sue Kiley said.

The county also issued an appeal for licensed nurses who can volunteer to help.

Golden said Home Depot, Lowe’s and Retro Fitness had reached out to indicate they had materiel to donate.

Video of the full press conference can be viewed here.