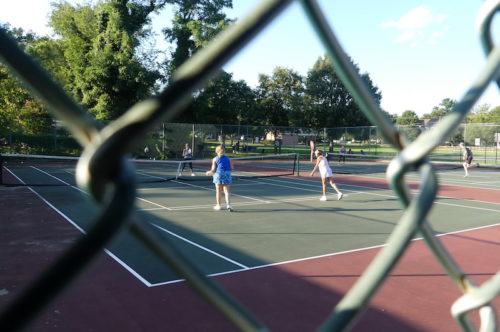 A public hearing on plans for upgrades to the basketball and tennis/pickleball courts in a Red Bank park has been rescheduled for next week, the borough announced Wednesday.

END_OF_DOCUMENT_TOKEN_TO_BE_REPLACED

“Draft plans for upgrades” to the basketball and tennis/pickleball courts in a Red Bank park are to be aired for public comment this week, the borough announced over the weekend.

UPDATE: This meeting has been cancelled. According to a post on the borough website Wednesday afternoon, it will be rescheduled “as soon as possible, after the Parks and Rec committee has reviewed the plans.”