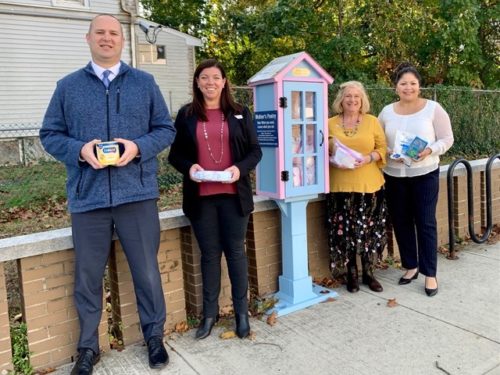 The free, 24/7 pantries have been installed at the YMCA, above, and Lunch Break, below.

Press release from the Rotary Club of Red Bank 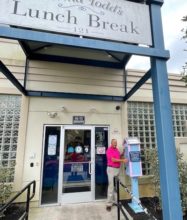 The Red Bank Rotary has created three “Mother’s Pantries” as freestanding pantries to distribute diapers, baby wipes and feminine hygiene products to those in need.

In partnership with Lunch Break, the Salvation Army and the Red Bank Family YMCA, these pantries will provide a limited free supply of items often needed by families. The colorfully painted, unlocked pantries are accessible 24/7 for anyone in need to use.

END_OF_DOCUMENT_TOKEN_TO_BE_REPLACED On Monday, April 24, the Rotary Club of Red Bank will present its 17th annual Two Rivers Food and Wine Tasting event, hosted at the  in Middletown and dedicated this year to The Community YMCA.

Scheduled from 6 to 9 p.m., the fundraising event will recognize the work of the Shrewsbury-based 501(c)(3) charitable organization CYMCA, and its mission to ensure that everyone, regardless of age, income or background, has the opportunity to access life-changing Y programs and services.

END_OF_DOCUMENT_TOKEN_TO_BE_REPLACED