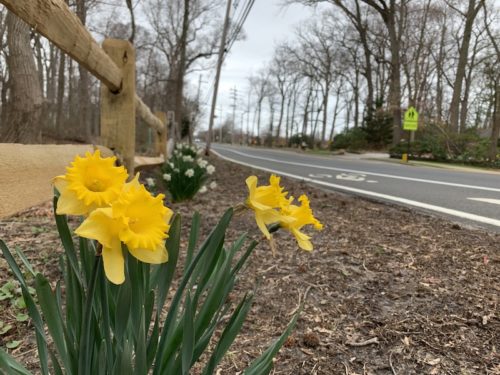 The “stark” loss of life associated with the fast-spreading coronavirus now totals 62 state residents, Murphy said at his daily briefing, this one from the War Memorial in Trenton.

Of the 62 who’ve died, 65 percent were male, and 76 percent were above 60 years old, she said. Half had an underlying condition that may have contributed to their death, and 26 percent were “associated with” longterm care facilities, Persichilli said.

Persichilli said the Monmouth County positive caseload rose by 26, to 313.

Of the 14,000 or so residents who have been tested, about 4,000 have tested positive, or 29 percent, said state epidemiologist Dr. Christina Tan.

Persichilli said she expects northern New Jersey’s infection “peak” to follow New York’s, which she said is expected to occur in 14 to 21 days.

• Bolstering an unprecedented and wide-ranging lockdown order issued Saturday, Murphy ordered all childcare facilities to certify by Friday that they are only serving the children of essential workers or cease operations by next Wednesday.

• A website set up to accept complaints about businesses that continue to require non-essential employees to show up at workplaces, rather than work from home “crashed” Tuesday because of volume, Murphy said.