ON THE GREEN: VIRUS UPDATES 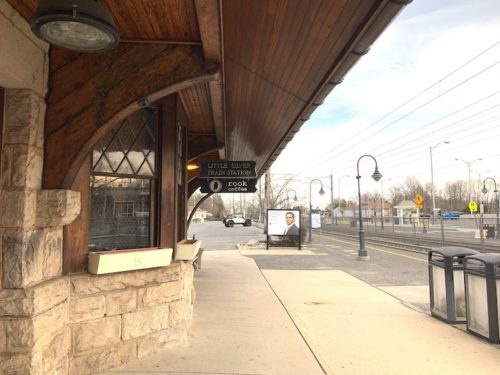 The pandemic has impacted train schedules and operations at the Little Silver Train Station. (Click to enlarge.)

Here’s a quick look at some impacts of the COVID-19 virus on the Greater Red Bank Green. 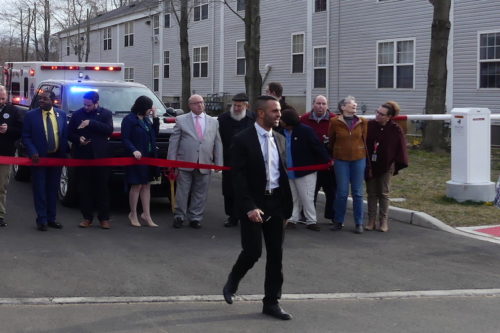 • As of late Thursday, Red Bank’s borough government reported that it still was “not aware of any official positive cases of the COVID-19 virus among Red Bank residents.”

The borough relies on official reports from the New Jersey Department of Health and the Monmouth County Regional Health Commission, according to a post on the borough website.

As reported by redbankgreen, borough Business Administrator Ziad Shehady said he has tested positive for the virus. Following the result, which he said he learned of Thursday morning, the 35-year-old Springfield resident said he had provided his local health office a list of people he’d been in close contact with in the days prior to falling ill on Saturday, March 14.

In addition, he said, he had shared that information with the Monmouth County commission.

In an interview, Shehady described symptoms that he said were no worse than a common cold, and said he remained self-quarantined at home.

• Fair Haven borough government is putting together a list of providers offering “social-distancing appropriate” (and free) classes and seminars, such as yoga or other fitness activities, STEAM lessons and more.

Those who wish to be considered for inclusion should email recreation@fhboro.net.

• Little Silver has canceled its next workshop session, scheduled for Monday. But the regular public session will be held, an hour earlier than usual, at 7 p.m., and the public will be able to participate remotely.

• Effective Friday, the North Jersey Coast Line, like nearly all New Jersey rail service, is now operating on a weekend schedule even during the workweek.

• The waiting room at the borough-owned Little Silver Train Station is now opening at 7 a.m., an hour later than usual. Access to the station platform is unaffected.

• The Rook coffee shop at the Little Silver station has imposed a number of limitations on its interactions with customers. All orders must be texted in advance, with 15 to 20 minutes advance time, and be prepaid or cashless. Six-foot social distancing will be imposed, and the store, like others in the chain, will limit access to four customers at a time.

Details can be found here.

• Like Red Bank RiverCenter and Fair Haven, the borough of Little Silver also has a list of businesses showing their status as open or closed, hours of operation and more.

• Joe Bryant, a server at Teak and the Bistro of Red Bank restaurants, has started a virtual tip jar for bartenders and restaurant wait staffers displaced from their jobs by the COVID-19 shutdown.

The Red Bank Virtual Tip Jar enables restaurant workers to register, designating either Venmo or Paypal as their preferred means of receiving tips. Customers or others who wish to donate can find the individual workers on a Google spreadsheet, wtih a link to a transfer account for each.

Bryant, a South Amboy resident who has worked at the Lyristis brothers’ two restaurants for four years, said he doesn’t take credit for the idea, which has taken hold elsewhere, including Asbury Park, Chicago and Pittsburgh.

“With New Jersey officially closing all bars and restaurants, we are looking for a way to support our favorite bartenders and servers during this uncertain time,” he wrote.

• Father Ariel Robles, administrator of St. James Church in Red Bank, issued an alert Thursday about a scam in which people are being asked for money in his name and/or that of the church.

“If you happen to receive a text, e-mail or call asking anything on behalf of myself or the Church, kindly ignore it,” he wrote. “It’s a scam. If the Church needs help, I will directly and personally reach out to you.

“It’s heartbreaking to think that there are some people out there who are compounding the present crisis with this scam,” he continued. “Let us pray for them and let us continue praying for the world during this time of crisis.”