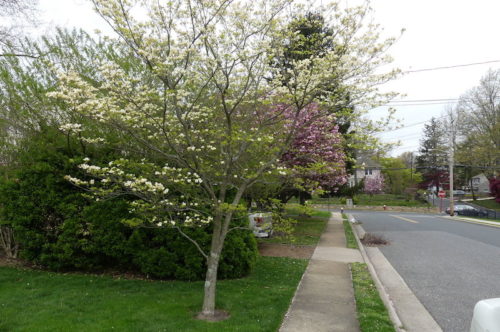 At the same time, Governor Phil Murphy emphasized the need to ramp up testing for the coronavirus so the infection can be further managed.

“In fact I know of no situation where we’ve had to put two people on a ventilator, as happened in New York,” Strom said at Murphy’s daily briefing on the crisis.

His comments came as the Murphy administration reported 307 more deaths alongside other indications that the spread of the disease is no longer accelerating at rates seen as recently as last week.

Included in the latest report were 9 more Monmouth County resident deaths, which bringing the county’s total to 260.

Murphy said the rate at which positive tests for COVID-19 were doubling continued to slow. In Monmouth and Hunterdon counties, the doubling period was down to 30 days each; at the worst, in late March and early days of April, cases were doubling every four or five days.

“We see a slowing of the rate of spread,” Murphy said. “This is a meaningful slowing. You’re starting to see lengthening, and that’s because what you all are doing out there,” he said, pointing into a videocamera.

Deaths in the monthlong pandemic: 5,368, up 307 from Wednesday’s update

Strom said the Murphy team’s preparation for the case surge “is working.”

“The curve has flattened, [and is] now coming to a plateau,” he said.

The state reported Monmouth County had amassed 5,272 COVID-19 positive cases as of Thursday, up 180 from Wednesday. Here’s by-town breakdown of cases:

According to state data, the county’s longterm care facilities have reported 182 deaths and 1,127 current COVID-19 cases.