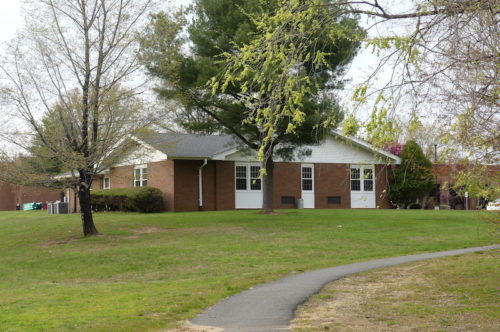 The administration building on the Red Bank Regional campus in Little Silver. (Photo by John T. Ward. Click to enlarge.) 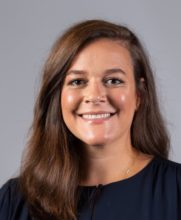 Newcomer Stephanie Albanese appears to have displaced incumbent president John Garofalo from the Red Bank Regional High board of education in Tuesday’s election.

Those figures represent mailed or box-deposited ballots received by 8 p.m. Tuesday, and exclude provisional and ballots postmarked by late Tuesday but not yet received by the county elections board.

The Little Silver school’s unpaid nine-member board consists of five representatives from Red Bank, two from Little Silver and two from Shrewsbury, based on constituent population. Garofalo, who has been on the board for at least 15 years, and Albanese were vying to represent Red Bank.

Albanese, an alternate member of the Red Bank zoning board, ran on a platform of improving transportation and equal treatment of students from Red Bank, who she said in an online posting often feel “less than” their fellow students from other sending towns, which include Little Silver and Shrewsbury.

A board workshop meeting is scheduled for 7:30 p.m. Wednesday at the school’s administration building.

In other school elections:

• John Venino led incumbent Eugene Koster in the race for Little Silver representative to the RBR board, 55 percent to 45 percent.

• Jennifer Herold Garcia and Laura Camargo were elected to the Red Bank borough schools board of ed. A third seat went unsought.

• In Fair Haven, Christopher Murray, Kerri Crossan and Emily Knopf Kuskin won seats on the borough school board, where three seats were open and they were the only candidates.

• In early counting, Carrie Glynn appeared to be the top votegetter among eight candidates for three seats on the Little Silver board of ed.