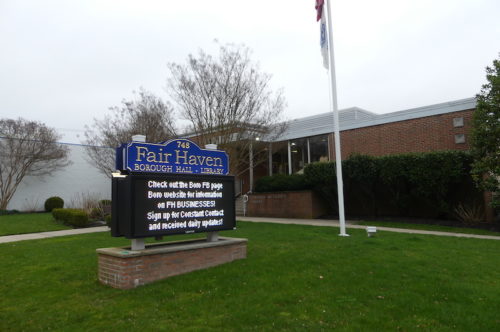 Fair Haven Democrats appeared headed to a council majority for the first time in memory Wednesday.

With Monmouth County reporting about 56 percent “election night mail-in ballots” having been counted, Rodriguez had 1,425  votes; Neff, 1,288; and Sorensen, 942.

Overnight, each saw their tallies reduced: by three, one and three votes, respectively. An explanation for the changes was not available early Wednesday.

Despite the early margin, Rodriguez told redbankgreen late Tuesday that he was “not taking anything for granted. This year and this election have been unlike any other in my lifetime, so I’m trying to play it safe.”

The above tally “does not include mail in ballots cast on election day,” with late mail-in ballots, provisional votes and votes cast via devices reserved for disabled voters still to be added, the county notice said.

Democrats had previously said they were unaware of their party having had control of of the governing body in at least three decades.

With Meghan Chrisner-Keefe and Mike McCue joining Rodriguez on the dais last January, Democrats pulled even with the Republicans on the council, 3 to 3.