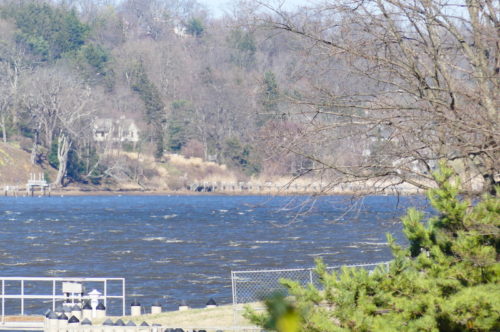 Local emergency personnel were out on the choppy, wind-driven Navesink River following a report of a missing kayaker Friday, according to Fair Haven police Chief Joe McGovern.

McGovern said the unidentified kayaker was reported missing at 10:24 a.m. From a statement issued by his department five hours later:

“We are currently still investigating and coordinating efforts with the NJ
State Police, Middletown PD and Rumson PD. The Fair Haven Fire Department and First Aid Squad are also assisting. No further information available at this time.”

The volunteer Red Bank Fire Department’s Marine unit was also involved, Chief Bobby Holiday told redbankgreen. But the search was called off and taken over by the State Police, he said.

A member of the Fair Haven fire department told redbankgreen that its role in the search ended about two hours after it began, without official explanation.