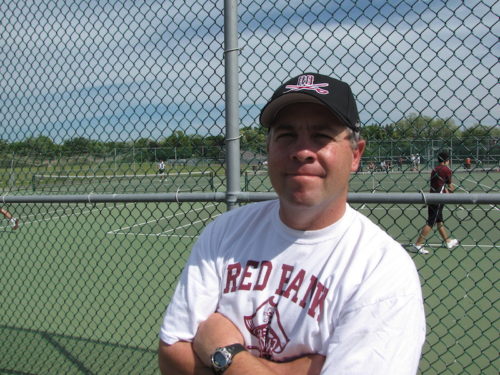 DalPra, 56, was hired to succeed Charlie Hoffmann, who resigned in March after five years in the position to become rec director in Rumson.

He retired from RBR last May, he told redbankgreen at the time, both because the job was all-consuming, requiring 70 to 80 hours a week, and paid too little.

DalPra will start work part-time May 1, and go full-time at a salary of $75,000 starting June 18, according to a resolution approved by the council.

Councilwoman Kathy Horgan noted that DalPra has been a member of the parks and rec advisory committee for years, “so he’s very familiar with what goes on in our town, and I’m sure he’s going to do a great job.”

DalPra is a borough resident and married to Roseanne DalPra, a member of the volunteer Historic Preservation Commission.