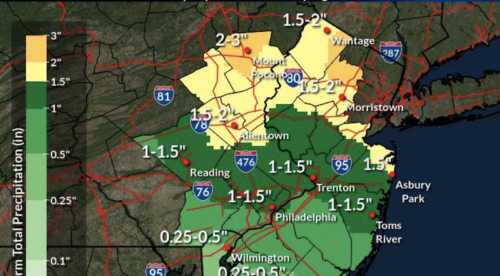 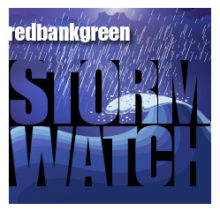 With winds gusting up to 30 miles per hour, the storm was expected to continue through the day, leaving two or more inches of water on the Greater Red Bank Green, according to the National Weather Service. The NWS graphic above shows the amount of additional rain expected after 8 a.m.

A flash flood watch was issued for the region through 5 p.m.

In his declaration Monday night, Murphy said state residents should stay off the roads, as downed trees and power lines were expected. As of 7:15 a.m., however,  no schools in Red Bank, Fair Haven or Little Silver had announced closings.

JCP&L was reporting no electricity outages.

Check out the extended forecast below.