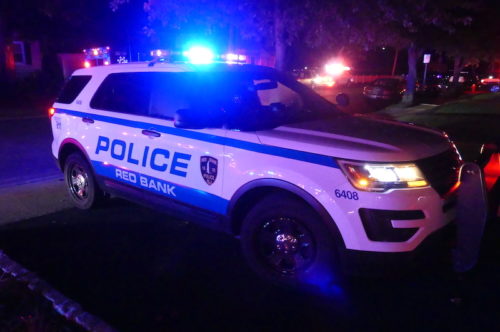 A Somerset County man was indicted on charges of taking lewd photos of a teenaged girl at a Red Bank business a year ago, Monmouth County Prosecutor Lori Linskey reported Wednesday.

According to the announcement, the incident took place shortly after 1 p.m. on Sunday, May 2, 2021, at a car dealership on Newman Springs Road.

While at the dealership, a man later identified as Franklin Township resident David M. Chapinski, 41, “snuck up to a teenage girl wearing a dress, who was on site looking at vehicles with her parents and two siblings, placed his cell phone flat in the palm of his hand, and surreptitiously placed it between the girl’s legs from behind in order to record photographs.”

Following what Linskey called “an intensive investigation by members of the Red Bank Police Department, assisted by members of the Prosecutor’s Office,” Chapinski was arrested without incident and criminally charged in August 2021.

Linskey’s office did not immediately describe Chapinski’s relationship to the business, if any. But the owner of the dealership said his business is closed on Sundays under the state’s blue laws, and he had not been aware of the allegation or investigation until contacted by redbankgreen Wednesday.

Chapinski “never worked for me,” the owner said, and police never requested surveillance video, which would have been erased after 30 days, he said.

An MCPO spokesman later confirmed Chapinski was not an employee of the business.

Under the indictment, Chapinski faces five charges, including manufacturing child sex abuse material, invasion of privacy and endangering the welfare of a child. If convicted, he could face up to 20 years in state prison, Linskey’s office said.

“The act of ‘upskirting’ isn’t just disturbing, degrading, and demeaning – it’s illegal,” Linskey said. “We are concerned that there may be more victims.”

She urged anyone who may have been similarly victimized to contact MCPO Sgt. Shawn Murphy at 800-533-7443 or Red Bank Police Department Detective Sean Hauschildt at 732-530-2700.

According to a report by the Bergen County Daily Voice, Chapinski was “tackled” and held down by customers of an Edgewater supermarket after they saw him upskirting a female in a checkout line last July.

The publication described him as a former adjunct professor at at William Paterson University. “Records show a previous arrest for similar offenses,” DV reported.

Posted on June 8, 2022 at 10:25 am, filed under Children & Teens, Crime, Featured, Law & Justice, RED BANK and tagged Crime, nj, red bank. Bookmark the permalink. Follow any comments here with the RSS feed for this post. Trackbacks are closed, but you can post a comment. Email this story.
PREVIOUS: RED BANK: PORTMAN CLAIMS LANDSLIDE WIN NEXT: RED BANK: STURDIVANT TO RUN FOR MAYOR