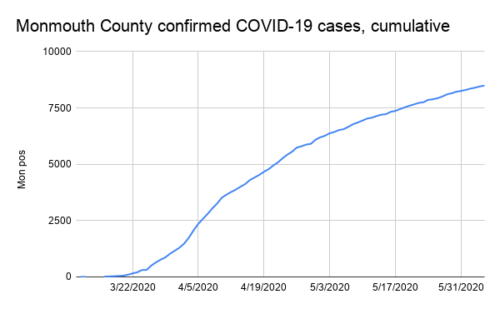 At the same time, Murphy lauded state residents for working to “beat the crap out of this virus,” with key indicators down 70 percent or more from peak spread as the state nears “stage two” of an economic reopening.

END_OF_DOCUMENT_TOKEN_TO_BE_REPLACED 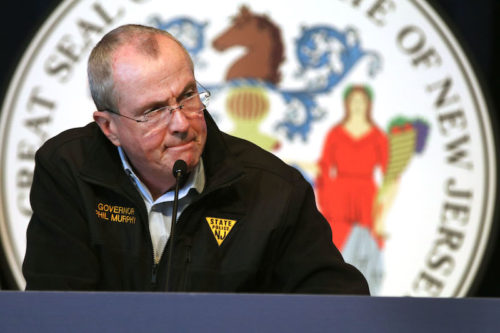 For the second day in a row, Red Bank has seen no growth in the number of residents testing positive for COVID-19, Monmouth County officials reported Friday.

At the same time, a longterm care facility that has accounted for most of the borough’s deaths saw one more, the New Jersey Health Department reported.

END_OF_DOCUMENT_TOKEN_TO_BE_REPLACED 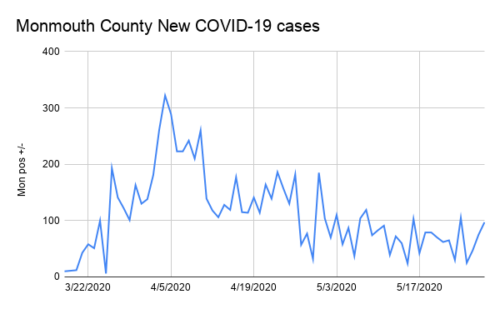 Since early May, the Monmouth County’s COVID-19 case growth has largely stayed below 100 per day. (Monmouth County data. Click to enlarge.)

END_OF_DOCUMENT_TOKEN_TO_BE_REPLACED 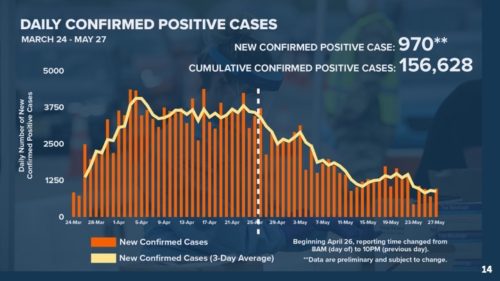 Separately, Monmouth County reported the number of county residents with confirmed cases of the illness has now surpassed 8,000.

END_OF_DOCUMENT_TOKEN_TO_BE_REPLACED Among the plots in Fair Haven’s community garden is an area with two small signs. One reads “UMW,” and  the other declares that Master Gardeners worked here.

“They have a program on Tuesdays to drop off produce.” Skoe said, adding, “They are very excited to get whatever one can bring.”

END_OF_DOCUMENT_TOKEN_TO_BE_REPLACED

Red Bank Councilman Mike DuPont says it may be time to end tax-exemptions for most non-profits.

In the latest round of verbal sparring between Red Bank officials and the town’s representatives in Trenton, Councilman Mike DuPont has floated what he hopes is a solution to the borough’s fiscal woes that all can embrace:

It’s done elsewhere, and is under consideration in additional locales, DuPont says in a March 18 letter he sent to state Senator Jennifer Beck.

END_OF_DOCUMENT_TOKEN_TO_BE_REPLACED Because of the closing, two people will automatically step into the state’s long unemployment line: Speck, who lives in Point Pleasant, and the church’s maintenance worker. But it may also trigger a domino effect of bad news for greater Fair Haven.
END_OF_DOCUMENT_TOKEN_TO_BE_REPLACED