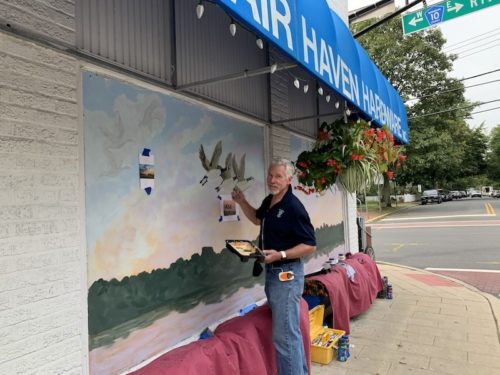 A new season began last week, which means it’s time for fresh mural on the side of Fair Haven Hardware in Fair Haven. As always, Jim Fitzmaurice of Rumson was on location Friday, creating his latest traffic-calming landscape.

The week ahead promises to bring a palette of seasonally appropriate weather to the Greater Red Bank Green, ranging from clammy to cool and dry. See the extended forecast below.
END_OF_DOCUMENT_TOKEN_TO_BE_REPLACED 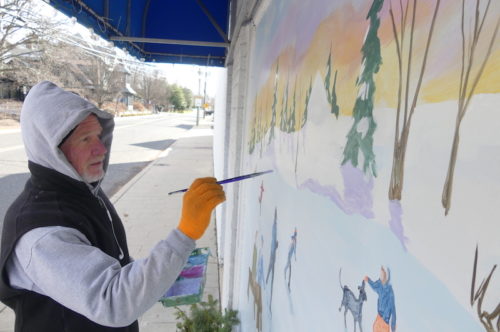 As he does with each change of season, artist Jim Fitzmaurice of Rumson created a mural on the side of Fair Haven Hardware in Fair Haven Thursday afternoon. His latest tableau depicts ice skaters on a pond surrounded by snow.

Nature is expected to deliver its own version of winter to the Greater Red Bank Green in coming days. Though freezing temperatures Friday are unlikely to produce much ice on local waters, the area could get a bit of snow and sleet Saturday.

END_OF_DOCUMENT_TOKEN_TO_BE_REPLACED END_OF_DOCUMENT_TOKEN_TO_BE_REPLACED

Well, that was easy.

Too easy, according to more than one of the many readers who wrote in to identify last week’s ‘Where?’

Except for this: two of those who wrote in mistook the image for “Fair Haven Pharmacy.” Which just goes to show… something or other.