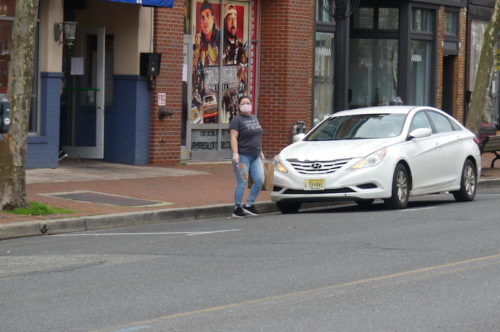 [See CORRECTION and UPDATE below]

The grim roster of COVID-19 deaths continued to grow as the Murphy Administration braced for a possible “surge” of hospitalizations, officials said Thursday.

The state’s death toll in the pandemic rose by 198, to 1,700 after adjustments, since Wednesday’s daily briefing on the crisis, said Governor Phil Murphy.

The administration also added a new data point to crisis-monitoring: day-before hospital discharges of COVID-19 patients. On Wednesday, that number was 471.

At the same time, 7,363 residents remained hospitalized, with 1,523 of them in intensive care (also known as critical care). And for the first time, more patients – 1,551 – were hooked up to lifesaving ventilators than were in beds normally reserved for critical care, Persichilli said.

“The amount of people coming into hospitals who immediately need pulmonary care is what I’ve never seen,” said Persichilli, a former nurse and hospital CEO.

According to one projection, the state could see a surge of 14,400 hospitalizations in the next two or three days, Persichilli said. Of those, 2,880 more patients may need critical care, she said.

State Police Superintendent Colonel Pat Callahan said 360 more ventilators are to be delivered to healthcare facilities in the next two days.

The healthcare workforce, however, is “dwindling” due to staff illness or self-quarantine, Persichilli said. Three northern New Jersey hospitals were on patient-divert status Wednesday night, “mostly because of workforce issues,” she said.

Statewide, the number of residents testing positive for the coronavirus grew by 3,748, ending a three-day stretch in which the growth rate slowed.

Still, Murphy and Persichilli pointed to encouraging signs. The rate at which cases are doubling is now up to 28.8 days, up from 14.6 days Wednesday and 12.4 days Tuesday, Persichilli said.

• Again addressing blowback from his decision Tuesday to close all state and county parks while allowing municipalities to decide regarding their parks, Murphy said it was based on “an enormous amount of gatherings at close proximity” observed by state parks workers.

In addition, they’ve noted “an uncomfortable number of out-of-state license plates” in parking lots at the parks, he said.

“It’s not a life sentence,” Murphy said of the prohibition. “It’s not going to last forever.”

• Murphy also signed an executive order extending the grace period for residents who can’t pay their insurance premiums because of COVID-19-related financial hardships.

UPDATE: Monmouth County officials reported a total of 3,252 COVID-19 cases Thursday, up XX from Wednesday. Here’s the breakdown by town: