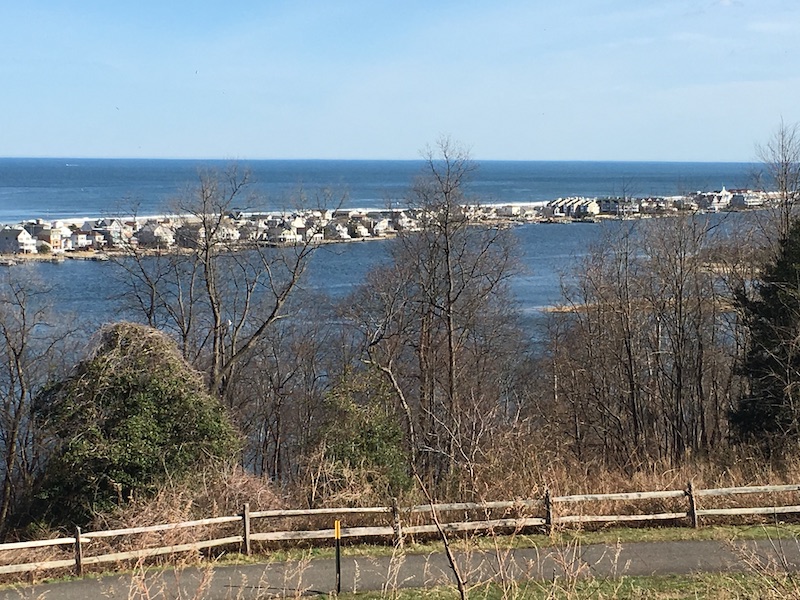 A 2017 view of the Shrewsbury River, Sea Bright and the Atlantic Ocean from Hartshorne Woods in Middletown, one of the Monmouth County parks closed by Murphy’s order. (Photo by John T. Ward. Click to enlarge.)

A Monmouth County Freeholder on Thursday teed up Governor Phil Murphy’s order that all state and county parks be closed indefinitely to help curb the spread of the COVID-19 virus. 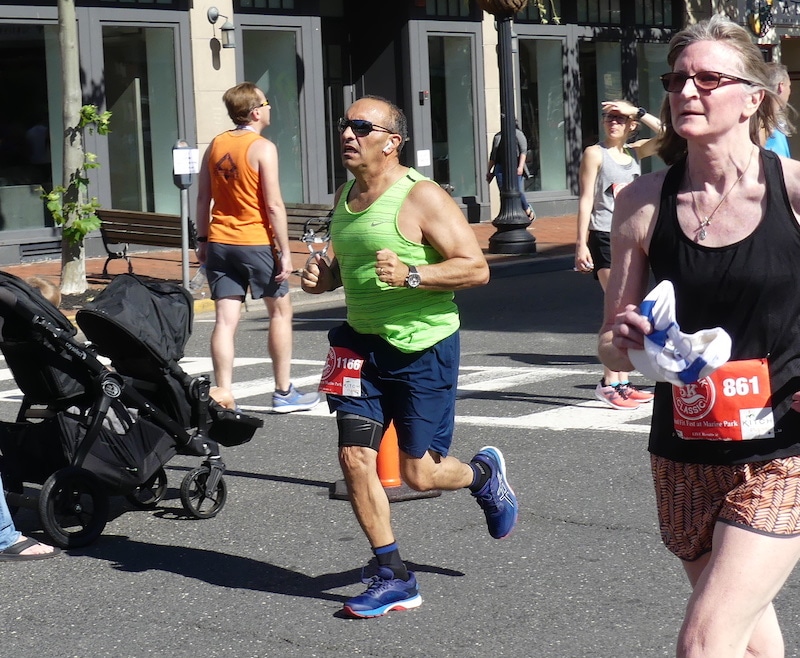 “I’m a little but upset about the handling of the closure,” Arnone said at a press briefing on the coronavirus pandemic.

In a prepared statement, Arnone added that it is “unacceptable that we have no input as to when they will reopen.”

Murphy’s executive order, issued Tuesday, declared all state and county parks and forests closed. He left it to municipalities, however, to decide whether to close theirs.

As reported by redbankgreen, Red Bank officials immediately moved to shut down borough parks, a decision that has drawn criticism as punishing people who were observing social-distancing recommendations, rather than those who were improperly clustering outdoors.

At the briefing, held at the county police academy in Freehold, Arnone said he wanted to avoid criticizing another governmental entity during the crisis. But he said he visited several county parks Sunday, and “what I saw this past weekend was people adhering to” social-distancing rules and regulations.

Arnone acknowledged that the parks would probably have had to close for the coming Easter and Passover weekend, when essential county employees would not have been available to service the facilities at a time when more residents wanted to use them.

Still, he said, approaches other than an indefinite shutdown should have been weighed, including limiting hours or days of operation, in consideration of both the physical and mental benefits the parks offer.

“I really have to stress the mental aspect of this,” he said.

The order expands on an earlier shutdown of golf courses. Now, park and golf course entrances and parking lots are gated or barricaded, and “visitors who gain park access by foot or bike will be directed to leave, as the parks will still be patrolled,” the county said in a statement.

Marina services are suspended but owners will have access to their boats, it said.

A partial video of the full press conference can be viewed on YouTube. The full presser is available on Facebook.

An online petition calling for a reopening of state and county parks had 6,300 signatures Thursday morning.