Trying to unseat its own incumbents in a primary contest, the Red Bank Democratic party has replaced one of two candidates for borough council seats, the organization announced Monday.

And according to local party Chairman and Councilman Ed Zipprich, the names of all four will be listed in the same column on the June 8 ballot, giving them all perceived equal footing. 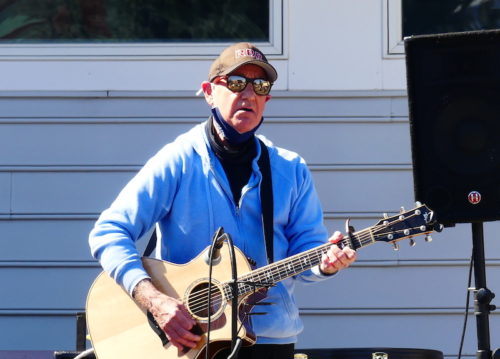 Bruce Maida singing at a rally to save the Senior Center earlier this month. He’ll be joined in his primary race by Jacqueline M. Sturdivant, below. (Photo by John T. Ward. Click to enlarge.) 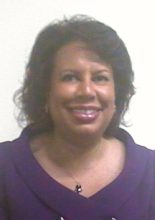 “Chairman David Brown is supporting all 4 as Monmouth County Democrats,” Zipprich told redbankgreen by email. “He agreed to place them alphabetically in the Democratic column.”

In separating from Zipprich, whom they accused of pursuing a “vendetta” and “boss politics,” incumbents Kate Triggiano and Hazim Yassin said in February that they would pursue the county Democrats’ endorsement as they sought second three-year terms.

Neither Yassin nor Triggiano responded to redbankgreen‘s request for comment Monday morning regarding the county endorsement.

According to the announcement, Sturdivant, of  Prospect Avenue, is a 20-year borough resident and “accomplished business leader” with experience “as a global corporate strategy and leadership development executive.”

Maida, of Branch Avenue, is an alternate member of zoning board and has lived in town since 2000.

Local Republicans have not announced any candidates for 2021, and party Chairman Jonathan Maciel Penney did not respond to a request for an update.