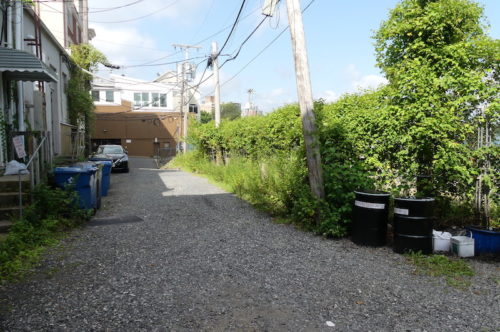 At its monthly workshop session via Zoom Wednesday night, acting Business Administrator Darren McConnell asked if the council wanted to settle on a policy regarding official memorials. Discussion at a prior session was inconclusive, he said.

A copy of a proposed policy was not immediately available.

“Why does someone have to be dead to have something named after them?” asked Councilwoman Kathy Horgan, apparently referring to the suggested policy. “I think it’s appropriate to recognize someone while they’re still alive and they can enjoy it.

“It’s like, you know, receiving flowers at your funeral,” Horgan continued. “You can’t enjoy them. I’d rather receive them while I’m alive.”

Councilman Ed Zipprich agreed. He cited the 2017 naming of the West Front Street bridge that links Red Bank and Middletown for former state Senator Joseph Kyrillos, who was instrumental in securing funding for its construction. The bridge, across the Swimming River, replaced a span that was known for a century or more as Hubbard’s Bridge.

But Councilman Michael Ballard disagreed, saying Red Bank had “many, many great present and former residents and elected officials and business owners.

“I just feel if we open it up to all living beings as well as deceased, we open up a slippery slope, and we’ll have memorials everywhere,” he said.

“What’s the cutoff? How do we say no to anybody who wants a plaque or a statue or something?” Ballard asked. “I think honoring those who have passed, and served Red Bank honorably and with grace and dignity is a reasonable way to honor them for their great accomplishments.”

He noted that honors have been bestowed “across the country” on living people “who then turn out did something really, really bad, and then we had to quickly backtrack, while that person was still alive.”

Councilwoman Kate Triggiano suggested having “a broader conversation” about a sports memorial at Count Basie Park “that could be built upon, so it’s not just for one person,” with similar “group spots where we could reflect about the accomplishments of many” who’ve excelled in the arts and other fields.

At the same time, Triggiano questioned whether the council should be naming any bridges, buildings or streets for individuals.

“I think that’s much different than a joint plaque in a park,” she said.

McConnell said his proposal was meant only to be a starting point for discussion.

“My point of this was to try to put a policy in place,” McConnell said. “When we don’t have written policy, it opens us up for critique for arbitrary decisions, and that’s what I’m trying to avoid.”

But the discussion again wound down without obvious consensus. Horgan called it “a good starting point.”

Unmentioned was a 2019 plan to name a dead-end lane off Boat Club Court for former mayor Ed McKenna. The introduction of an ordinance to make the change was endorsed by all six council members, all of whom are still on the governing body.

But the proposal, by Councilman Erik Yngstrom, went nowhere after McKenna, very much alive, asked the council not to do so. The roadway, located behind a row of commercial properties on West Front Street, was instead named Ice Boat Lane.

Boynton, a former borough public works department employee, was inducted into the New Jersey Amateur Boxing Hall of Fame in 2019, and is a regular advocate at council meetings for residents of the borough’s West Side.