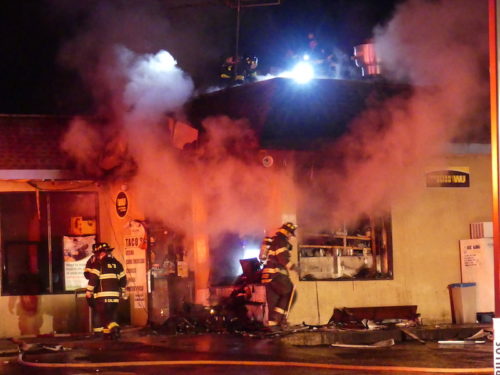 Volunteer firefighters on the roof of the Town & Country Deli. (Photo by John T. Ward. Click to enlarge) 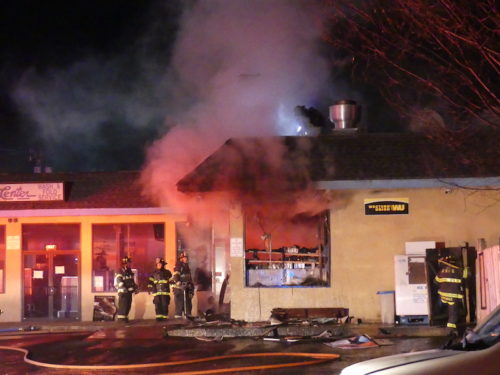 A view of the scene from Bank Street. (Photo by John T. Ward. Click to enlarge)

Using a ladder truck, volunteer firefighters accessed the roof of the one-story building to combat the blaze in freezing weather.

The fire appeared under control by 6:30 a.m. An official account of the incident was not immediately available.

The attached Launder Center in the two-store strip mall at Bank Street did not appear to be involved.

It was also the borough’s second working fire of 2022, coming just 36 hours after a yacht burned and sank at Irwin Marine, alongside Marine Park, Thursday evening.