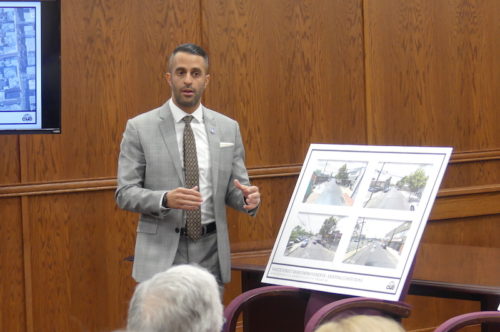 Eight months after he ended a stormy stint as Red Bank’s top unelected official, Ziad Shehady is scheduled to offer his perspective on how well the town’s government works Wednesday night. 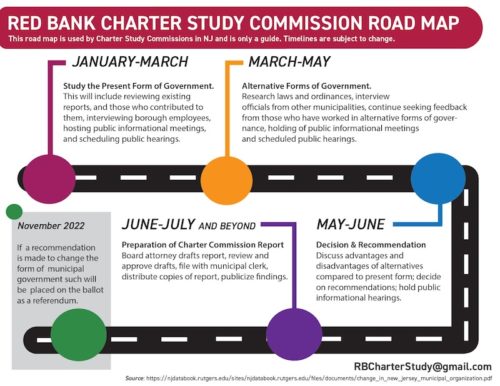 Shehady is slated to make a presentation during the semimonthly meeting of the Charter Study Commission, which is reviewing the borough’s government structure with an eye toward recommending change.

CORRECTION: According to commission Chairwoman Nancy Facey-Blackwood, the commission “will be conducting interviews with Ziad Shehady and Darren McConnell, not presentations regarding the form of government. Apologies for the confusion. The Commission is at the stage where we are beginning to interview former and current, employees, boards and commissions, council members. I noted the correction on the Charter Study Facebook Page.”

Voters would have to approve a new form of government by referendum, with one widely expected in November.

Shehady quit as business administrator last May after three years of frequent clashes over his management style. Last week, three members of the all-Democratic council proposed an ordinance amendment to reset the power of the administrator to pre-Shehady limits, particularly regarding the ability to hire for non-leadership positions. A vote on the amendment is expected February 9.

Also on the charter commission’s agenda is a presentation by acting Business Administrator Darren McConnell, who took on the job in addition to his duties as police chief when Shehady left.

The commission’s members are Nancy Facey-Blackwood, who serves as chairperson; Ben Forest, Kate Okeson, Mark Taylor and Mike DuPont. Taylor and DuPont are former council members. They were empaneled after borough voters approved the creation of the commission by a two-to-one margin last November.