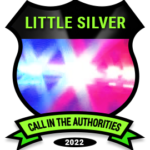 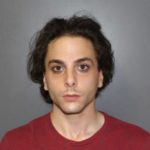 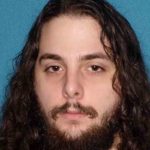 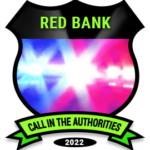 A Red Bank man was arrested on charges he set three fires in the borough and robbed a Little Silver pharmacy in a 12-hour spree earlier this week.

From to the announcement:

The first of the three arson incidents took place at approximately 12:25 p.m. on Monday, July 25, when an accelerant was used to start a small fire in the parking lot of Red Bank Catholic High School on the 100 block of Broad Street; the fire went out on its own prior to the arrival of police officers just minutes later.

Later that same day, at approximately 11:20 p.m., an accelerant was used to start a second fire along exterior natural gas meter lines leading into the back of a bagel shop on the 300 block of Broad Street. That fire also went out on its own after initially going unreported, but a second fire ignited on shrubbery at the same location a little more than an hour later; it was put out by a responding police officer using a fire extinguisher.

An investigation involving members of the Prosecutor’s Office and the Red Bank Police Department led to Sambogna being identified as a suspect in the incidents, and he was arrested without incident on the 600 block of Branch Avenue in Little Silver early on the afternoon of Tuesday, July 26.

He was subsequently lodged in the Monmouth County Correctional Institution (MCCI) pending a detention hearing to take place in Monmouth County Superior Court. The investigation also revealed that Sambogna had allegedly robbed a pharmacy on Prospect Avenue in Little Silver at approximately 5:25 p.m. the day before his arrest, threatening a clerk while demanding that he empty the contents of a cash register.

“In light of the repetitive nature of these offenses,” Linskey asked that anyone with information about these or similar incidents contact MCPO Detective Aaron Shaw at 800-533-7443 or Red Bank Police Department Sergent James Deponte at. 732-530-2700.

Two images of the defendant – a driver’s license photo, above left, and a more recent image – were issued with the press release.

The case has been assigned to Monmouth County Assistant Prosecutor Matthew
Bogner, Director of the Office’s Major Crimes Bureau. Information about Sambogna’s
legal representation was not immediately available.