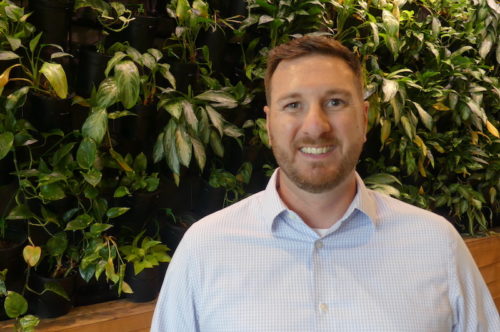 Mark Taylor has previously served as a councilman and member of the Charter Study Commission. (Photo by John T. Ward. Click to enlarge.)

Former Red Bank councilman Mark Taylor is running for a seat on the governing body again in November, he announced this week.

The Republican’s entry into the race throws up a hurdle in what had appeared to be a clear path for two Democrats.

Taylor announced Tuesday that he would join GOP chairman Jonathan Maciel Penney in the race for the two council seats open in the November 8 election.

Their platform, they said in a joint announcement, would be “to stop the chaos in Red Bank and restore honor that has been lost in the ongoing destructive governance by Councilman Ed Zipprich and his allies.

“I did not have any plan to run, but I felt compelled after hearing the outcry from Red Bank residents – including many Democrats – that are disgusted with the dysfunction that Ed Zipprich and his allies keep creating at Borough Hall,” Taylor said. “We need to stop the chaos as soon as possible and restore honor to our local government.”

Zipprich, who lost the chairmanship of the Democratic party to Councilwoman Kate Triggiano in July, did not respond to a redbankgreen request for comment.

At the same time, Brian Irwin, acting for the third consecutive year as a “placeholder” name on the ballot, has dropped out of the race to succeed Pasquale Menna as mayor. That leaves Democrat and political newcomer Billy Portman without a challenger.

Taylor and Penney will square off against Democrats Angela Mirandi, now in her seventh month as an appointee to a vacated seat, and John Jackson, a newcomer to elective politics.

An attorney and lifelong Red Bank resident, Taylor, 39, served a single term on the council starting in 2016. He did not pursue a second term in 2018, vowing to instead push for nonpartisan elections.

Last November, when borough voters overwhelmingly approved the formation of a commission to review the borough’s “charter,” or form of government, Taylor was one of the five winning candidates for a seat at the table.

In July, the commission wrapped up its study with a unanimous recommendation that the municipal structure be revised to require council members to interact with department heads and other employees solely through an appointed administrator, rather than directly. The commission also recommended a switch to nonpartisan elections.

A referendum asking voters to approve the changes is also on the November 8 ballot. It has been endorsed by Portman.

If approved, an election would be held in May, 2023, for mayor and seven council seats, with the winners taking office under a new government form July 1.

Taylor cited the interim between the elections in his announcement.

“Taylor and Penney will stop the chaos by preventing a Zipprich a 5-1 supermajority from holding office in 2023,” their announcement said. The pair said they will campaign “on the singular goal of restoring honor and leading Red Bank with integrity during a likely six-month transitional period to a new charter.”

More from the announcement:

“As an attorney, I could not believe that the Zipprich majority fired the Borough Attorney in July and left our town without counsel for an entire month,” said Penney. “Like many residents, Mark and I realized that a Zipprich supermajority will be intent on settling more political scores in 2023 before a new charter can take effect – all at the expense of Red Bank – and we must all work together to prevent that,” said Penney.

“Jon and I have a shared vision of working with the good people from all sides to restore honor to Red Bank,” said Taylor. “Our candidacy will provide voters with the opportunity to vote YES on the referendum, while ensuring that Red Bank has good stewardship before the new charter that the voters approve takes effect.”