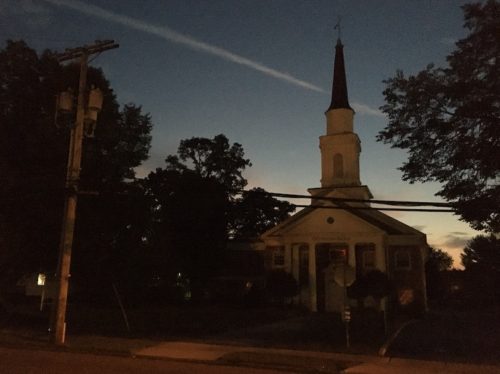 A wisp of cloud, or maybe a jet’s vapor trail, crossed the sky behind the former church, now an office building, at 211 Broad Street in Red Bank at dawn Monday.

The final few days of summer 2022 will bring sunshine and daytime temperatures in the mid-80s through Wednesday, according to the National Weather Service. Autumn begins with rain possible Thursday. Check out the extended forecast below. (Photo by John T. Ward.  Click to enlarge.)