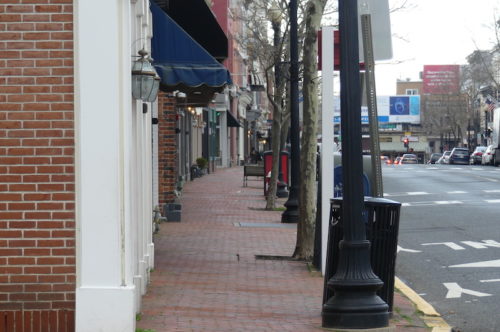 New Jersey Governor Phil Murphy cited “glimmers of hope” in his daily update on the COVID-19 crisis Friday.The state’s death toll in the pandemic rose by 233, to 1,932 after adjustments, since Thursday’s daily briefing on the crisis, said state Health Commissioner Judith Persichilli.

The administration also reported hospitals had discharged another 682 COVID-19 patients as of 10 p.m. Thursday, up from 471 Wednesday. Some, particularly in northern New Jersey, are being steered to “low-acuity” pop-up facilities and hotels, Persichilli said.

“We are at least beginning to see some light here,” Murphy said, also citing data that shows number of new cases is taking longer to double in most of the state’s 21 counties, including Bergen, where the disease took hold in the state and has now killed 390 people.

Hospitals statewide took in another 203 infected patients, bringing the total to 7,570 beds used, with 156 placed into intensive care, for a total 1,679, the state reported. Of them, 112 more were hooked up to lifesaving ventilators, for a total 1,663.

Officials and healthcare systems are bracing for a surge of hospitalizations as testing identifies more COVID-19 patients, a cohort that grew by 3,627 from Thursday, to 54,588.

Monmouth’s caseload was up 244 from the total 3,252 reported by county Freeholders Thursday evening, the state said.

According to a projection used by the administration, New Jersey could see 14,400 hospitalizations in the next two or three days, with some 2,880 more patients needing intensive care, Persichilli said Thursday.

“We believe they will be able to handle the peak,” particularly regarding critical care, Persichilli said in response to a reporter’s question. But with healthcare workers also becoming sick or self-isolating, “the workforce is tight right now,” she said.

Murphy hammered the need for the public to stick to social distancing recommendations.

“We think we can withstand [peak] with the amount of beds, but throw that out the window” if compliance weakens, he said.

No one convicted of a serious crime such as murder is eligible, Murphy said.

• Here are the Monmouth County case totals by town: