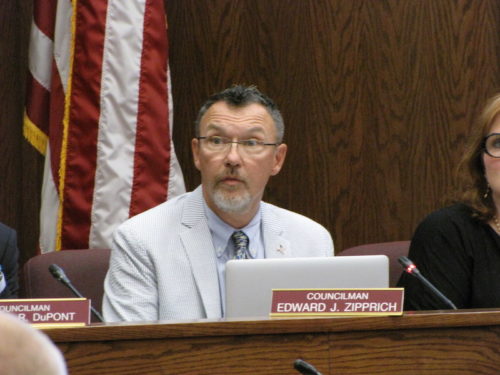 Eight months after a leak of explosive emails, the Red Bank council is expected to finally get some guidance on how to proceed later this month.

At issue is a series of emails from last July concerning the renewal of the borough’s trash-hauling contract.

In them, Business Administrator Ziad Shehady expressed concern to Attorney Greg Cannon and elected officials that Councilman Ed Zipprich was interfering in the bidding for the contract.

Councilmen Erik Yngstrom and Hazim Yassin called for an investigation into whether Zipprich had improper contact with a bidder, DeLisa Demolition (which later won the contract).

Zipprich, however, claimed his communications with DeLisa were not improper, and that the anonymous release of the emails to redbankgreen constituted a breach of attorney-client privilege and an attempt to smear him.

After months of bitter stalemate over the matter, the council agreed in December to hire attorney Barry Cooke for the ad hoc purpose of providing a legal opinion on whether the borough should commission a full, independent investigation of the matter.

In response to an inquiry by Zipprich at Wednesday night’s council meeting about the status of Cooke’s work, Mayor Pasquale Menna said he expects Cooke’s report to be delivered prior to the next council session, scheduled for April 28.