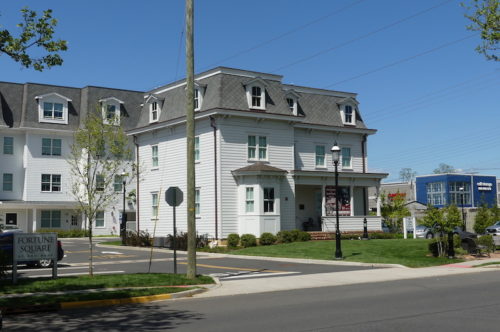 It takes place in New York in 1882 during the American Gilded Age, a time of economic change and conflict between the old world and the new world.

Jones, who visited the the T. Thomas Fortune Cultural Center in Red Bank last spring after accepting the role, learned the rich history of the trailblazing giant.

Jones has big shoes to fill in his portrayal of Fortune, who was born into slavery in 1856 in Florida. Fortune made a name for himself as a journalist and newspaper publisher during the Gilded Age in New York, where his newspapers, the New York Globe, Freeman and the New York Age, were published.

Fortune was a dynamic orator who spoke truth to power, and someone many politicians feared.

Jones learned quite a bit about Fortune, who started the first successful black political organization in 1887, the National Afro-American League, a precursor to the NAACP.

The actor spoke with Lynn Humphrey, who is the Cultural Center’s archivist, and she filled his cup until it runneth over, with information on Fortune and his family. They lived in Red Bank from 1901-1910.

The information Jones gained that day from his visit was assuring to the actor, as he steps into this role. Most people have never heard of T. Thomas Fortune. However, this highly anticipated series, with Jones appearing in almost every episode, will introduce them to Fortune, who was a force to be reckoned with during this time.