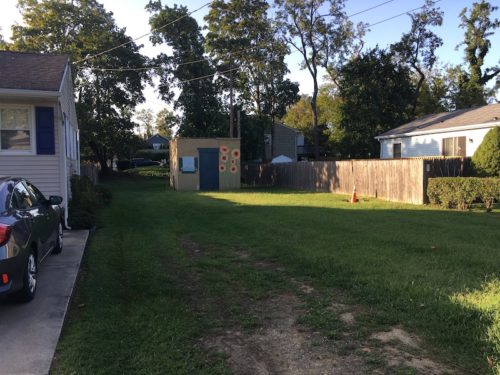 The Marion Street garden was shut down in 2019 after a private report of possible lead contamination. (Photo by John T. Ward. Click to enlarge.)

The New Jersey Department of Environmental Protection is scheduled to update Red Bank residents Tuesday night on its investigation into a report of soil contamination at the borough’s community garden. 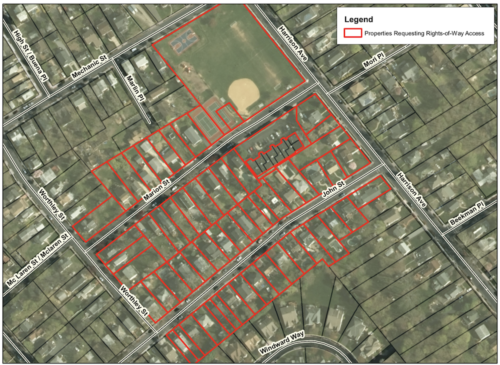 A map showing properties the DEP planned to conduct soil tests on, with owner permission. (DEP map. Click to enlarge.)

At the session, to be conducted via Zoom, the DEP will offer an update on “what their actions have been so far” and what’s planned for the future, interim Business Administrator Darren McConnell said the council’s February 9 workshop meeting.

The agency will also answer questions about public health concerns, he said.

The borough immediately shut down the Marion Street mini-farm in August, 2019, after a neighbor who owned an environmental remediation firm gave officials results of testing indicating elevated lead readings in the garden’s soil.

The borough also advised gardeners not to consume any produce grown in the garden.

Tuesday’s presentation will be the first offered by the DEP on the matter.

The meeting will be held over Zoom starting at 6:30 p.m. Access and participation information can be found here.