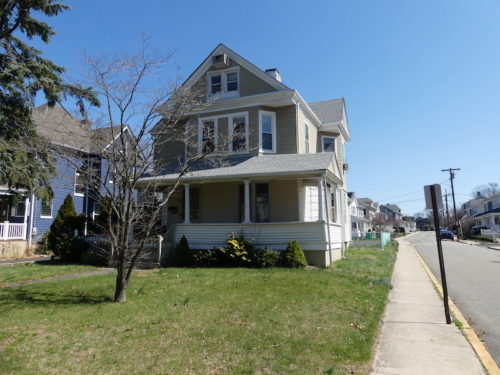 A plan to expand and convert a Red Bank house to professional use obtained unanimous approval from the zoning board Thursday night.

Chiropractor Mark Yasier, a borough resident, plans to establish his practice, now located in New York City, in the house at 173 Maple Avenue, his attorney, Bob McGowan, told the board.

The long-vacant house, at the corner of at the northeast corner of Waverly Place, would be doubled in size, with the ground floor used for Yaiser’s practice and the second floor as a rental apartment, McGowan said.

Both uses are permitted, but the expansion, which would double the size of the house, triggered a need for a variance, a planner for Yaiser told the board.

Isabelle Vertone-Johnson, whose Waverly Place home abuts the property, raised concerns about landscaping and lighting along the boundary, where a shed is to be demolished.

Yaiser’s engineering consultant, Jaclyn Flor, said the boundary would get a new fence and row of eight-foot arbor vitaes, continuing a line of plantings along Yasier’s northern property line.

The plan calls for seven onsite parking spots, whereas 12 would be required under borough ordinance. A traffic consultant testified that ample parking is available along Maple Avenue for Yaiser’s patients.

At the suggestion of board engineer Ed Herrman, a rare mid-block crosswalk that connects the sidewalk along Yaiser’s property with the opposite side of Waverly would be removed, pending borough council approval.

A pair of cedar trees at the corner would be preserved, Flor said.

That pleased Maple Avenue neighbor James Muka, who said the property has looked “terrible” for the five years he’s lived on the block.

Board member Anne Torre called Yaiser’s proposal “a perfect fit,” and the board’s approval was unanimous.