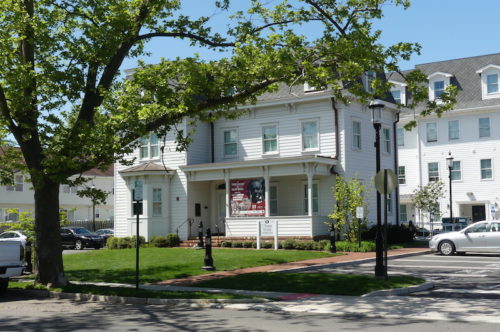 The New Jersey Social Justice Remembrance Coalition (NJSJRC) is ready to display the soil that was collected from the site where the only recorded lynching in Eatontown, New Jersey, of Samuel “Mingo” Jack Johnson, took place in 1886.

During the month of May, vessels of soil will travel to various sites including the Eatontown Library, Monmouth County Eastern Branch Library, in Shrewsbury, the Unitarian Universalist Congregation in Princeton, and the Red Bank Library. A vessel of soil will be housed permanently at the T. Thomas Fortune Cultural Center, located in Red Bank, in time for Juneteenth.

In partnership with the Equal Justice Initiative in Montgomery, Alabama, the NJSJRC asks viewers to join in bearing witness to this personal and community tragedy, and to reflect on actions we can take today to end the ongoing legacy of racial violence and inequality.

The Community Remembrance Collection Project gathers soil at lynching sites to display in exhibits bearing the victims’ names. The NJSJRC held a soil collection ceremony last October that attracted a large outpouring of community members from all sectors. The NJSJRC is linked with partnering communities nationwide to document and memorialize sites of enslavement, racial terror lynching, and segregation, for the purpose of fostering meaningful dialogue about race and justice today.

Johnson was an African American resident of Eatontown, who was murdered on March 5, 1886, after being arrested on unsubstantiated charges of raping a white woman. He was dragged by a local mob from his cell and brutally beaten and hanged to death. This was the only known lynching in New Jersey.

The soil display entitled “Bearing Witness” is a powerful anchor for public or community programming. We welcome proposals from partners for talks, film screenings, civic discussions, and other events. We are pleased to offer talks presented by speakers from the NJSJRC and will work with you to book a talk that fits your schedule. In addition, a documentary film about the work of the New Jersey Social Justice Remembrance Coalition and the legacy of Samuel Johnson is in production. Trailers and short excerpts may be available for screening.

“Bearing Witness” is a table-top display with an engraved soil jar, accompanied with literature and handouts. The coalition is currently in the process of creating interpretive panels and other complimentary materials. The exhibit is at no cost to the host organization. To become a site location for “Bearing Witness” you can inquire at info@njremembrance.org

The NJSJRC is an interfaith, multi-ethnic group of individuals and organizations throughout the state who have come together to ensure that the residents of New Jersey are aware of historical incidents of racial bias. Learn more by going to www.njremembrance.org.