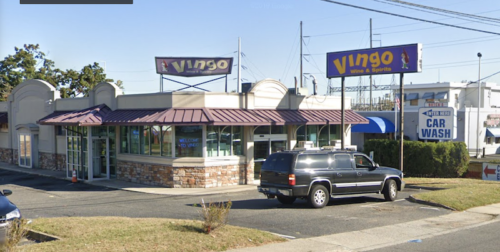 At the wholesale level, the probe targeted Allied Beverage Group and Fedway Associates, which together account for more than 70 percent of wholesale wine sales and more than 80 percent of spirits in the state, the agency said.

The ABC found that the wholesalers “rigged the market in favor of a handpicked group of powerful retailers” by manipulating retailer incentive programs, granting credit extensions and interest-free loans and other discriminatory practices.

That left smaller businesses “struggling to compete,” the ABC said.

Under the incentive programs, known as RIPs, wholesalers provide cash rebates to retailers for purchasing certain quantities of alcoholic beverages. ABC regulations control the program by making RIPs available to all retailers on a non-discriminatory basis, by keeping the RIP payments to retailers relatively small, and by not allowing wholesalers to substitute RIPs for interest-free loans, the agency said.

The investigation found that Allied Beverage Group and Fedway Associates were giving chosen retailers a financial advantage by issuing rebates more often and in greater amounts than allowed, among other alleged violations.

Under separate consent orders, Allied and Fedway will each pay $4 million to resolve the allegations.

“The unprecedented monetary penalties imposed reflect the egregiousness of this conduct and the widespread negative impact it had on New Jersey consumers and retailers,” said Attorney General Gurbir S. Grewal. “This settlement sends a clear message that we will not tolerate this manipulative and anticompetitive behavior.”

Twenty retailers, including SVGI Inc., doing business as Vingo Wine & Spirits on Newman Springs Road in Red Bank, agreed to settlements ranging from $90,000 to $375,000 after the ABC charged them with violations that included accepting delivery of alcoholic beverages from Allied and/or Fenway upon terms that violated regulations, the state said.

Under the agreement, Venkat Gourkanti is to have “no interest or employment” in seven companies that own Vingo stores in New Jersey. He “may continue to act as landlord” for the stores, “so long as the lease is for fair market rent, the consent reads.

Gourkanti is listed on Monmouth County records as an owner of the Red Bank building.

Here’s the consent with SVGI, which was signed in February.