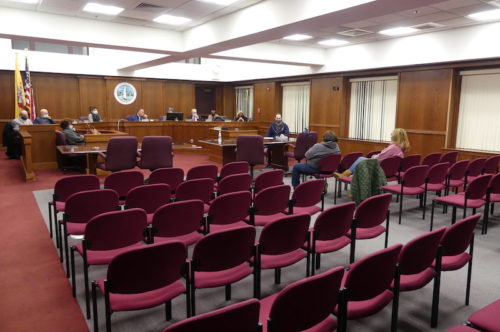 A New York City planning firm will run a series of public sessions and set up a web portal for comments while overhauling Red Bank’s Master Plan, planning board members said Monday night.

The promised outreach effort put the proposal by BFJ Planning “heads and tails above” four other pitches for the contract, said member David Cassidy. 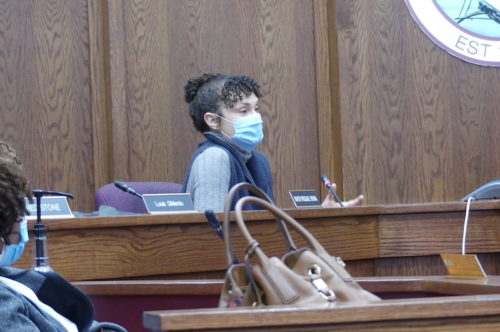 At its semimonthly meeting, the board formalized BFJ’s appointment to lead the first rewrite of the lodestar zoning document in 26 years.

Mancuso and Menna were absent, and no one from BFJ was present at the session, which attracted an audience of two residents, neither of whom commented during the public session.

In a brief presentation, Cassidy said the subcommittee held one meeting and gave “a solid level of consideration” to five proposals offered in response to a board request.

The BFJ proposal “stood out,” because no other “came close to the level of public input” that the firm offered to solicit, Cassidy said.

In addition to holding public sessions, the firm will set up an online portal “so that public testimony can be submitted and polls can be conducted, he said.

“This going to be comprehensive and made simple for maximum input,” he said.

Also important: BFJ was the only firm to offer a Spanish speaker to interact with the borough’s Spanish-speaking residents, Cassidy said.

“Cost did not come into our consideration,” he said. “I’ll be candid about it. I don’t think that is something we should shy from. The reality is their proposal was heads and tails above the others.”

Last month, the council authorized a “special emergency appropriation” of $160,000 for consultant fees for the project.

Bonatakis said the review was “pretty robust,” and came down to “the value we were getting, which was just huge with BFJ.

“First and foremost for me was the level of public outreach,” which will include “multiple channels,” Bonatakis said.

BFJ has worked with Millburn, in Union County, and Beacon, New York, towns comparable in size and character to Red Bank, Cassidy said.

The firm also has its own graphics studio, which Cassidy said enabled it to provide maps and other visuals that will be “clean, colorful and up to date.”

Among the proposals was one from the planning board’s engineer, Ed Herrman of T&M Associates, who “received a tremendous amount of consideration because of his service to this community,” said Cassidy. “But ultimately, we thought BFJ shined out” based on its outreach plan, he said.

Board member Barbara Boas sought assurance that the subcommittee’s progress in developing the plan should be as public as possible, with “regular reports” available.

Community Development Director Shawna Ebanks said such updates by the subcommittee, which will now serve as the Master Plan steering committee, would be included on board agendas.

The presentation, which took about 15 minutes, followed a demand last week by Councilman Michael Ballard for greater transparency in the selection process.