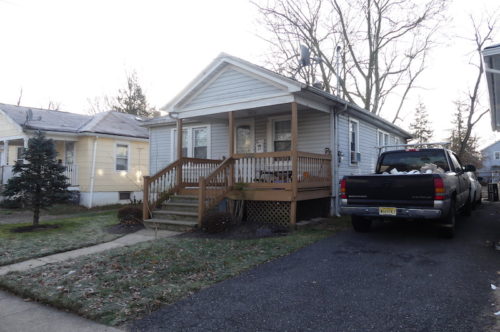 Red Bank police on Monday had little new information to share after two men died and three others were hospitalized for apparent drug overdoses early Sunday.

Chief Darren McConnell said Monday he could not release the names of the victims, who were all found unresponsive in the house at 85 Bank Street. But one deceased victim has been identified to redbankgreen by his brother.

His brother was a tenant of the house, he said. redbankgreen spoke to Garcia Vasquez late Sunday morning, when he said he was picking up items for his brother’s two sons at the Bank Street address, a single-story cottage-style house.

The boys, who are around 11 and 12 years old, would be taken to stay with a relative in Lakewood, he said.

The minors and a sixth adult male were in the house when police found the five victims at about 12:30 a.m., McConnell said previously.

The sixth man was not implicated in the apparent drug use, and the children were unharmed, McConnell said.

McConnell told redbankgreen Monday evening that the names of the victims could not be released for investigative reasons.

He said the second deceased man was a 29-year-old from Matawan. The three who survived were aged 34, 37 and 38, all residents of Red Bank from addresses other than the house where the overdoses occurred, he said.

Garcia Vasquez said his brother came to the United States from Mexico 18 years ago and worked in landscaping.

The second man who died was his brother’s friend, also named Alfredo, he said. But he did not know the other victims, he said.

A neighbor, Benito Luna, said he knew Garcia Vasquez to wave to and chat with. He was “shocked,” he said, to learn that his acquaintance had died when told by redbankgreen while hanging Christmas lights with his children.

News12’s Tony Caputo reported Monday that neighbors “emphasized in their opinion that this is not a drug house. They say everybody who lived inside was very responsible, they work every day, took care of the kids.”

McConnell said investigators were still in the dark about what preceded the “chaotic” scene police encountered when they responded to a call from a concerned person who asked them “to check on” people at the house.

Officers found the five men unconscious, two of them without a pulse. They called in first aid squads from Red Bank other towns to assist with rescue efforts, he said.

Narcan, an agent that can halt the life-threatening effects of opiates such as heroin and fentanyl, was administered to all five victims, and CPR was used on two, one of whom survived, McConnell said.

Garcia Vasquez and the second man were declared dead on the scene, and the other three were transported to Riverview Medical Center in Red Bank. McConnell did not have information on their status Monday evening.

McConnell said the survivors won’t be charged with drug possession, under the Overdose Prevention Act signed into law by then-Governor Chris Christie in 2013 to encourage victims and witnesses to seek medical assistance when overdoses occur. The law does not prevent drug distribution charges from being filed, he said.

It was still not clear what drugs were used, whether they were injected or taken in another form, or if the men had shared a needle, McConnell said. Autopsies and toxicology tests of evidence will be conducted as part of a continuing investigation, he said.

McConnell said the opioid crisis is clearly continuing. Red Bank police have been administering Narcan “with some degree of regularity,” he said, though figures were not immediately available.”

“Most heroin is laced with fentanyl to some degree,” he said. “There isn’t a single town in Monmouth County that hasn’t had overdoses.”

What makes the Bank Street case unusual, he said, was “the fact that it was five people at one time.”