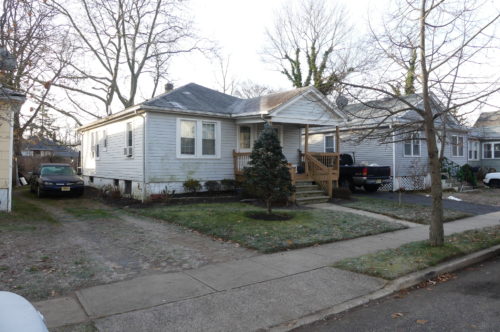 Two men died and three others were hospitalized after apparently overdosing on opiates together in Red Bank early Sunday morning.

Chief Darren McConnell told redbankgreen that police were still sorting out the victims’ identities and other details of a “chaotic” scene in the small house at 85 Bank Street, where the activity occurred.

McConnell said police responded to a call at about 12:30 a.m. “from a concerned person who asked us to check on” people at the house.

Responding officers found five men unresponsive, two of them without a pulse. Officers called in multiple first aid squads from Red Bank and nearby to assist with rescue efforts, he said.

Narcan, an agent that can halt the life-threatening effects of opiates such as heroin and fentanyl, was given to all five victims, and CPR was used on two, one of whom survived, McConnell said.

Two victims, aged 29 and 35, were pronounced dead at the scene, and the other three were transported to Riverview Medical Center in Red Bank, where they were in stable condition as of 3 a.m., McConnell said.

Evidence on the scene and “the fact that the Narcan worked indicate that an opiate was involved,” McConnell said.

Also in the house at the time were one other adult and two children, all of whom were unharmed, McConnell said. Information on the relationships of the men and the others in the house was not immediately available, he said.

The investigation is continuing, he said.

According to Monmouth County property records, the house is owned by Robert Boyajieff and Joshua Costell, with a mailing address in Monmouth Beach.