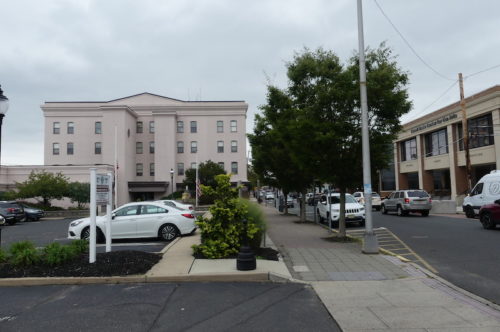 As previously reported, Councilman Ed Zipprich has demanded an investigation into a leak of emails to redbankgreen in which Business Administrator Ziad Shehady suggested Zipprich was out to “sabotage” the bidding for a new trash hauling contract.

But fellow Democrats Hazim Yassin and Erik Yngstrom have pushed for the investigation to look instead into Zipprich’s alleged contacts with a prospective bidder, DeLisa Demolition.

Neither version of the resolution appears on the agenda, though the issue could still be raised.

The council plans to hold a closed-door executive session, but to discuss a personnel leave policy, according to the agenda.

Here’s a quick rundown of what is on the agenda:

At the council’s workshop session September 6, Councilwoman Kate Triggiano said the ordinance would “provide benchmarks over 10 years to get Red Bank to 100-percent renewable energy resources.”

Triggiano, who serves as liaison to the environmental commission, said towns are banding together and “finding that they are still getting lower costs for their energy, even with the higher percentages of renewables involved.”

Under a resolution passed in July, Red Bank participates and serves as the lead agency in the Sustainable Monmouth Alliance, a coalition of Monmouth County towns, for the purpose of pooling their purchases.

As with an earlier proposal, residents will be automatically enrolled in the program, but can easily opt out. “It takes about 10 seconds,” Triggiano said.

“Our residents would still be saving money and would be getting a higher percentage of renewable energy,” Triggiano said.

She is said to be Red Bank’s first girls basketball player to sign with an NCAA Division I school in 19 years.

• Here’s the full agenda. The council meets at 6:30 p.m. via the Zoom app. Instructions for listening and participating are here.