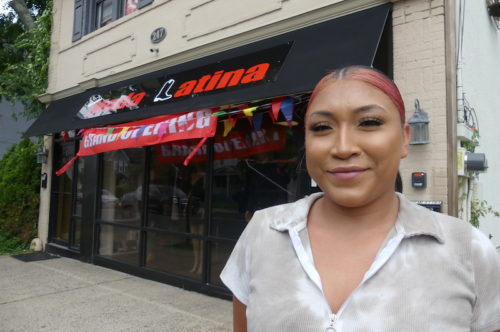 In this edition of redbankgreen‘s Retail Churn, a clothing store and an indoor golf facility make their debuts in Red Bank.

Also: we’ve got an update on a short-lived West Side pharmacy. Read on… 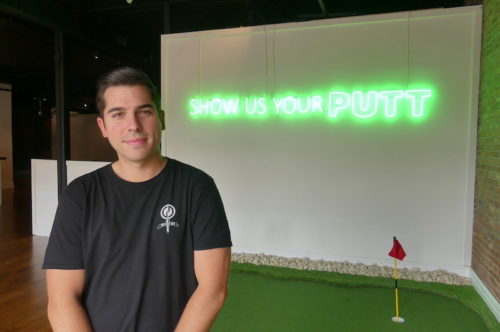 The clothing store feature a range of products, many Mexican-made, from boots to girls’ dresses to women’s wear.

The mother-daughter pair were attracted to the location by the volume of foot traffic and the size of the immigrant community in the neighborhood, Daniela told Churn.

“I see a lot of people walking by, which is a good sign,” she said.

Curatola, a financial planner at Merrill Lynch in Red Bank; his stepfather, John LaRosa, a real estate investor; and cousin, Richard Tortorello, who owns a carpet cleaning business, are newcomers to the golf industry.

“We love golf,” Curatola said, though he admits, “I’m not very good.”

The Golf Den exists to help players like himself hone their game, he said, with such features as a swing analysis. But it’s also a place where players with a range of skills can compete, alone or in groups.

The entire facility can be booked for birthday parties, company outings and other events, and lockers enable customers with memberships to pop in and get in some course time on a lunch break, Curatola said.

The space was previously occupied by Renaissance Pilates, which relocated to 23-25 West Front Street in late 2019.

The specialty sporting goods retailer opened at 58 Broad Street in 2012.

• The drugstore formerly known as the Shrewsbury Avenue Pharmacy still has papered-over windows, nine months after it abruptly closed.

Opened by pharmacist Ritesh Shah in June, 2017, the shop went dark last November, two years after Shah sold it. The buyer “ran into difficulties” and shut down the store, Shah told Churn this week.

Shah, who still owns the building, said he’s hoping to find another pharmacist to reopen and operate the business.

“I’m committed to that West Side community,” he said.