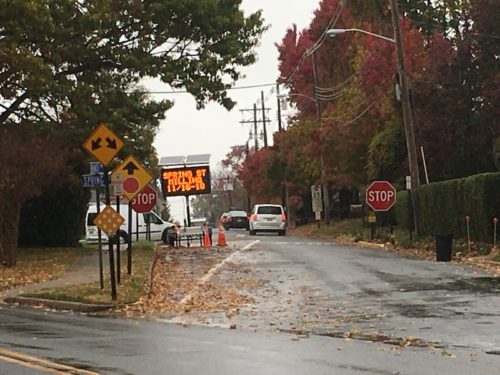 Motorists who travel Spring Street in Red Bank will need to adjust for some temporary changes resulting from road work this week and next.

And there will be a permanent change in place once the work is done: a new four-way stop intersection. 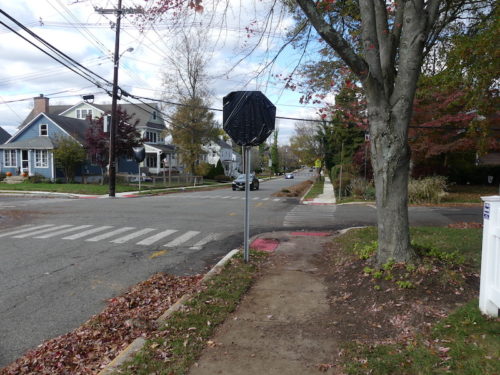 • First up is a road resurfacing project for the nearly mile-long street. Weather-permitting, milling of the existing pavement will begin Wednesday morning, according to a borough announcement issued Monday.

Here’s the detailed schedule of work and road closures:

Vehicle parking will be prohibited in the impacted areas, and detours will in place, with roadway accommodation for residents. Working hours are 7:30 a.m. to 5 p.m. daily (except Saturday and Sunday).

• Once the road is paved, new stop signs will be uncovered and stop bars will be painted at the intersection of Spring Street and Tower Hill Avenue to create a new four-way stop, as formally authorized by the borough council last week.

According to interim borough administrator and police Chief Darren McConnell, “there is no sense” starting the four-way stop prior to paving the road.

The department’s traffic safety unit will use its two flashing sign boards for about a week of messaging to alert motorists of the change, McConnell said.

The location was one of two the council approved for four-ways last week: the other is at Chestnut and Pearl streets. Implementation of that change will follow the Spring Street project by about a week, McConnell said. Because the department has only two sign boards, only one intersection can be done at a time, he said.

As previously reported by redbankgreen, the two intersections were chosen for four-way stops based on an analysis of crossings with the with the highest percentage of accidents that would be preventable with the changes, McConnell told the council in October.