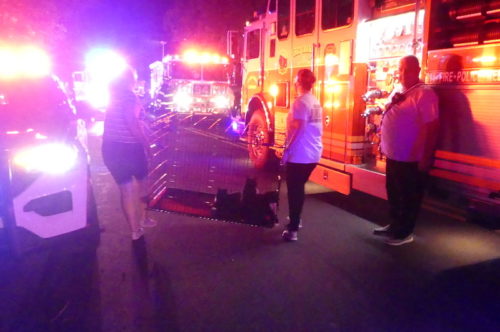 Volunteers with the fire department auxiliary transported three cats to an animal hospital. Below, firefighters released smoke from a second-floor window. (Photo by John T. Ward. Click to enlarge.)

A Red Bank couple and their six dogs and cats safely escaped a fire that caused extensive damage to their home early Saturday morning.

The fire may have been caused by a bug-repellent candle.