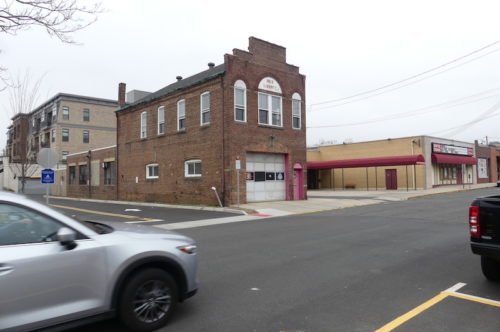 It’s been almost six years since Red Bank sold the former firehouse on White Street to a private developer. More than two years have passed since a start-up brewery announced plans to set up in the space. And yet, the 109-year-old structure remains idle and empty.

What’s Going On Here? You ask, and redbankgreen answers…

END_OF_DOCUMENT_TOKEN_TO_BE_REPLACED

The new owner of the former Independent Engine Company firehouse, at 32 Mechanic Street, is planning to create commercial space in the bay where firetrucks were once parked.

END_OF_DOCUMENT_TOKEN_TO_BE_REPLACED In another sign of a possible tsunami of craft beer coming to downtown Red Bank, the former Liberty Hose Company firehouse on White Street has been leased to a startup brewery, the principals said Thursday.

END_OF_DOCUMENT_TOKEN_TO_BE_REPLACED