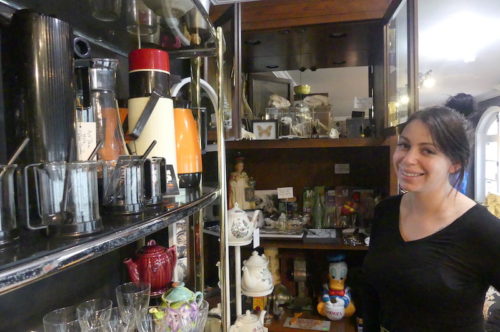 In this edition of redbankgreen‘s Retail Churn: a quirky antiques shop opens, a bank branch closes, a tattoo parlor inks a new lease and more.

END_OF_DOCUMENT_TOKEN_TO_BE_REPLACED Red Bank artists Eileen Kennedy (“Folk Festival,” above) and Tyler Nunnally-Duck (“Island Man on Bike,” below) are among the medal winners honored during the annual holiday group show exhibit at the Guild of Creative Art. Juror Barbara Russo selected Kennedy’s painting as Best In Show; awarding two silver achievement and eight bronze achievement awards in the categories of painting and photography. Together with the small-works exhibit “Cash & Carry,” the show remains on display through January 4 at the Guild’s Shrewsbury studio, during regular days and hours of operation (the studio will be closed between Christmas and New Year’s Day).