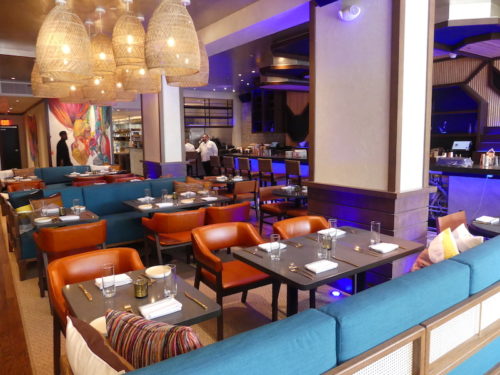 A view of the first-floor dining area at Centrada Cocina. (Photo by John T. Ward. Click to enlarge)

In this long-overdue edition of redbankgreen‘s Retail Churn, we’ve got news of three new restaurants in downtown Red Bank, plus an update on a much-anticipated donut shop.

And for those who enjoy a bit of body art: a new tat studio. 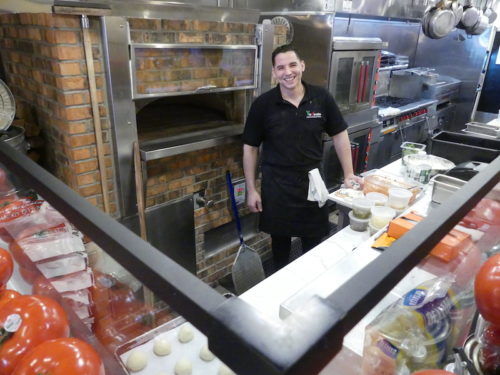 Vincent Esposito Jr. owns Via Sposito with his father, a brother and a sister. Below, OJ Thomas inks up customer Nick at Inkmortal Tattoo Studio II.  (Photo by John T. Ward. Click to enlarge.) 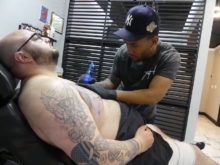 Taking over the space last occupied by the Downtown restaurant and night club, the sumptuously designed and decorated restaurant features three floors of dining (one completely private), bars on all levels and expansive ground-floor doors that open for an indoor-outdoor feel.

Construction is now completed and staff is now being trained, said Reola, who will manage the operation with Anthony Fiorentino on behalf of owner John DiLeo.

Reola and Fiorentino, who have experience with Landry’s Restaurants, a 600-property chain based in Houston, will oversee a menu that touts “pan-Latin” dishes.

The partners also have a shop in Elizabeth.

Thomas told Churn the business was drawn to the town by its nightlife and foot traffic.

The store space was last occupied by the Nearly New used-clothing shop, which owner Janice Brown closed in 2020 after 27 years in business. 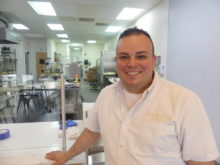 The shop will be the second for the Riveras: their first, also called Prep Coffee, is in Old Bridge. It will feature an “all-day” menu of breakfast and lunch items, with emphasis on specialty coffees: cortados, cappuccinos, lattes and more. The signature latte is a peanut-butter version made with house-made syrup, Sebastian tells Churn.

The space was last leased to Great Harvest Bread Company, which opened during the pandemic and was hard-hit by the street reconstruction that began a year later. The restaurant closed in February.

• Via Sposito, owned by four members of the Esposito family – a father, Vincent, daughter Delores, and two sons Vincent and Anthony – opened at 20 Broad Street earlier this year.

The family has a restaurant of the same name in Old Bridge and another about to open in Colts Neck.

The well-Churned space was previously leased to a restaurant called Brunch, which had the misfortune of opening in in February, 2020, just before the start of the COVID-19 pandemic and did not survive.

• Once Bitten Donuts expects to open at 86 Broad Street in the next two or three weeks, partner Jim Hurta tells Churn.

The partners also have a store in Massapequa Park, New York.

The Red Bank spot was last occupied by Alfonso’s Pastry Shoppe, which closed in June, 2020 as a result of the COVID-19 pandemic.