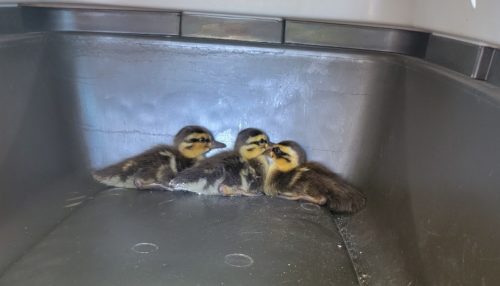 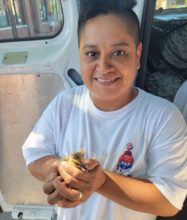 On what may have been his final call, Red Bank animal control officer Henry Perez responded to a report of ducklings found inside a Broad Street office building Tuesday.

The four downy babies were discovered by the unidentified painter at right, with their mother nowhere to be found.

Perez transported to the ducklings to the Monmouth County SPCA, which, under a contract with the borough that goes into effect Friday, is displacing him from his job of 18 years. He’s expected to be reassigned to another position within the public utilities department. (Click to enlarge photos.)